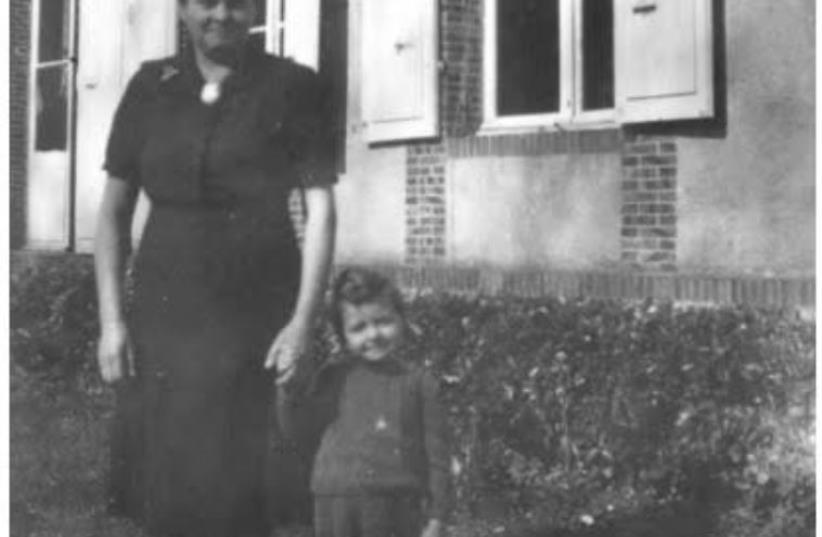 Marthe Coche, Blaindainville, 1942
(photo credit: YAD VASHEM)
Advertisement
Two Jewish brothers from Paris, Henri and André Herscovici, 11 and 9, respectively, were sent away for a vacation in the summer of 1942. The vacation wouldn’t only provide them with fresh air, as their mother wanted, but it would save their lives.In that same period, their mother and sisters were taken to the Drancy internment camp and then later to Auschwitz, where they would eventually be killed by the Nazis. While the Herscovici brothers were saved from the immediate Nazi threat, they truly owed their lives to Paul and Marthe Coche, the couple that ran the Santé de l’Enfance preventorium, where the summer program was that they had attended. The Coches' institution for those with tuberculosis, at the Château de Beaurouvre in Blandainville, was open to all those in need. The couple were defenders of the ideals of social equality, and altogether housed almost 100 students from Paris in their preventorium.In the summer of 1942, one of the Herscovicis’ neighbors, a Mme. Roby, wrote to them saying “A black time lies ahead for you. Under no circumstances should you return here.” Seeing the Herscovicis’ despair and helplessness (their father had joined the underground before the rest of the family was deported and would only be reunited with his sons after the war), the Coches did everything they could to provide for the young children and to protect from being turned over to the Nazis and their allies. Along with Henri and André, the Coches helped hide another 15 or so Jewish children, along with another Jewish dormitory supervisor. The institution’s adjacent farms provided enough fresh supplies for all the children during the war, and none of the Jews faced any discrimination during the three years that they remained there until the Allies liberated France. Paul Coche died in 1953, and Marthe in 1972, and it wasn’t until 1999 when Henri, who had made aliya with his father and André on the “Exodus 5707” in 1947, was discovered and approached by Marthe’s children. Henri Herscovici testified on the Coches' behalf and Yad Vashem recognized Paul and Marthe Coche as Righteous Among the Nations on May 5, 2003. To learn more about Jewish-Christian relations, check us out at @christian_jpost, on Facebook.com/jpostchristianworld/ and see the best of the Holy Land in The Jerusalem Post - Christian Edition monthly magazine.sign up to our newsletter