After WWI, Christian Zionists sought a political expression in the world

"The Americans were watching the [British] Mandate begin, and Christian Zionists in America were seeking a political expression in the world." 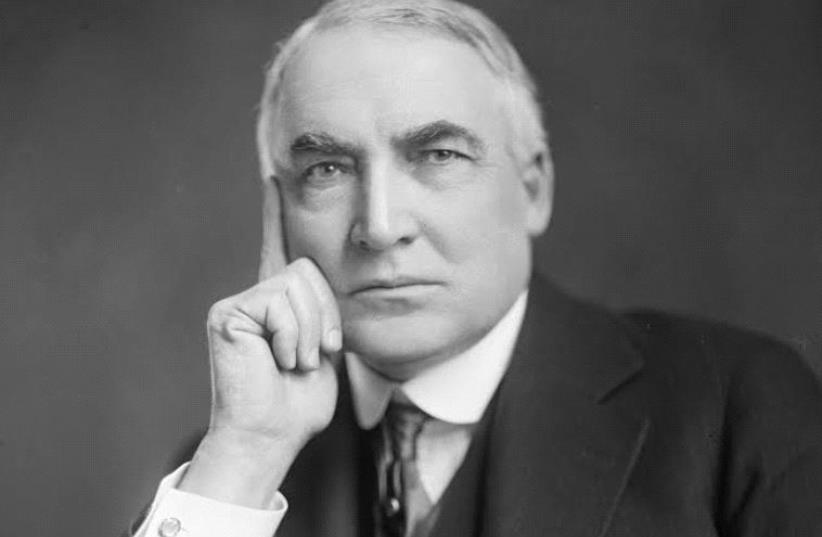 Warren Gamaliel Harding
(photo credit: LIBRARY OF CONGRESS/WIKIMEDIA COMMONS)
Advertisement
In a long list of presidential supporters of the Jewish people and the State of Israel, Warren G. Harding made his mark on September 21, 1922, when he signed a joint resolution to establish a Jewish homeland in Mandatory Palestine.The US “favors the establishment in Palestine of a national home for the Jewish people, it being clearly understood that nothing shall be done which may prejudice the civil and religious rights of Christian and all other non-Jewish communities in Palestine,” the Lodge-Fish joint resolution read. “And that the Holy places and religious buildings and sites in Palestine shall be adequately protected.”New York Rep. Hamilton Fish Jr., one of the resolution’s initiators along with Massachusetts Sen. Henry Cabot Lodge, declared that the resolution “is based on justice and humanity,” and Massachusetts Rep. James A. Gallivan said that he hoped America’s sympathy, as expressed through the resolution, “will be a source of encouragement to the Jewish people to their struggle to repatriate themselves to the land from which they were exile by force.”In "Partners Together in This Great Enterprise," David W. Schmidt writes that a significant political breakthrough for Zionism was taking place after World War I, with Congress passing several resolutions in favor of the establishment of a Jewish state in British Mandatory Palestine."The Americans were watching the [British] Mandate begin, and Christian Zionists in America were seeking a political expression in the world," he wrote.Whether Harding, a Baptist, was a Christian-Zionist all his life is unknown, but the topic definitely interested him.When Harding was still in the Senate, leading Christian Zionist William E. Blackstone sent him a telegram in 1920 saying that "God has reserved our nation for special service in the impending crux of human history," Robert O. Smith wrote in "More Desired than Our Owne Salvation: The Roots of Christian Zionism." Also in the telegram, Blackstone wrote that the "restoration of Israel to their homeland in Palestine which has begun is very significant for it betokens the approaching end of the times of the Gentiles." Harding had reached out to the Jews during the 1920 presidential election, and in return received more than 40 percent of the Jewish votes. Once in office, Harding showed that this wasn’t just a one-time expression of support for the Jewish people.On May 11, 1921, he wrote to a Zionist, Jewish community saying how he wished success for the pioneers of the Land of Israel: “I am very glad to express my approval and hearty sympathy for the effort of the Palestine Foundation Fund in behalf of the restoration of Palestine as a homeland for the Jewish people," he said."I have always viewed with an interest, which I think is quite as much practical as sentimental the proposal for the rehabilitation of Palestine and I hope the effort now being carried on in this and other countries in this behalf may meet with the fullest measure of success." Less than a month later, Harding was recorded again as saying that he supports the Jewish People’s drive to return to their ancient homeland, as spelled out in the books of the prophets.“It is impossible for one who has studied at all the services of the Hebrew people to avoid the faith that they will one day be restored to their historical national home and there enter on a new and yet greater phase of their contribution to the advance of humanity.”Unfortunately dying in office less than a year after signing the joint resolution, the Jews lost a great friend, only to have two appear in office immediately after. Along with presidents Calvin Coolidge Herbert Hoover, Harding had a "personal enthusiasm" toward the return of the Jewish people to Zion, according to Schmidt.Out of the three presidents however, Harding’s resolution stood out, as it served as the basis for the creation of the State of Israel, and helped entrench in the ethos of the US executive branch of the right of the Jewish people to settle their ancient homeland.Moreover, according to legal scholar Howard Grief, the resolution, which recognized a future Jewish state in the whole of Palestine “became embedded in US law and still remains a part of it today, never having been repealed.”To learn more about Jewish-Christian relations, check us out at @christian_jpost, on Facebook.com/jpostchristianworld/ and see the best of the Holy Land in The Jerusalem Post - Christian Edition monthly magazine.
sign up to our newsletter