Adviser to the Catholic Church in Israel says economic damage from suspected arson attack against the Church of Loaves and Fishes in northern Israel "in the millions."

By JPOST.COM STAFF, REUTERS
JUNE 18, 2015 14:31
Suspected arson on Church of the Multiplication in the Galilee
Advertisement
A number of groups of Christian pilgrims are considering canceling their plans to arrive in Israel following a suspected arson attack against the Church of Loaves and Fishes on the shores of the Sea of Galilee in northern Israel, a senior adviser to the Catholic Church said Thursday.The limestone Church of the Multiplication of the Loaves and Fishes, on the northwest shore of the Sea of Galilee, was constructed in the 1980s and is overseen by the Benedictine Order. It was built on the site of 4th and 5th century churches that commemorated what Christian faithful revere as Jesus's miraculous feeding of five thousand people with five loaves of bread and two fish.Police spokesman Micky Rosenfeld said Hebrew graffiti denouncing the worship of idols had been found at the church, leading police and fire service investigators to suspect that the fire had been set deliberately. A police spokesperson said Thursday afternoon that 16 minors were taken in for investigation for potential involvement in the arson. They were later released with no charges.Wadia Abu Nasser, a senior adviser to the Catholic Church in Israel, condemned the suspected hate crime and suggested it would deter Christian pilgrims from visiting, causing economic damage as well. 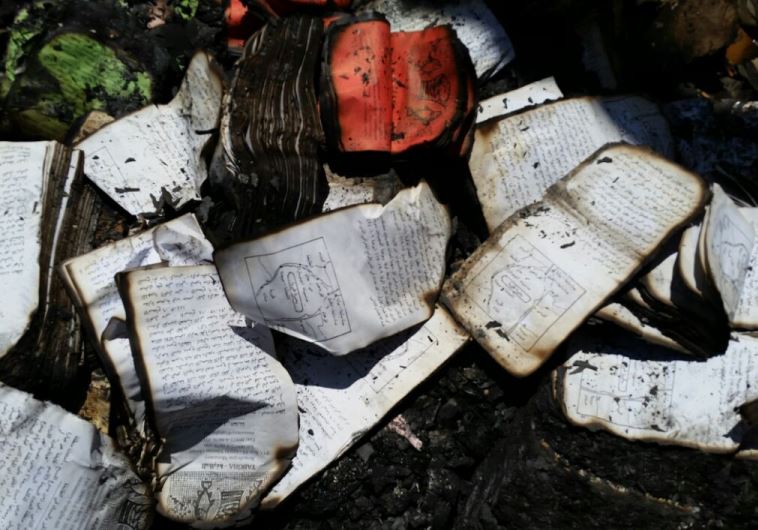 (Photo: Ben Hartman)"This incident simply hurts and angers us. Israeli security authorities and the education establishment must take action," he said. "The damage is in the millions."Nasser said, however,  that the economic damage caused by the suspected arson did not compare to the mental anguish it caused."There have been dozens of attacks against holy places in Israel. This is more than just one person. There is hatred of the other here and a lack of respect," he added.Dozens of arrests have been made in such cases in the past, but there have been few indictments and convictions, with police and prosecutors acknowledging that the young age of many of the suspected perpetrators has led courts to show leniency.The Monastery Engineer, Walid Harij, had a message of coexistence despite the attack: "The residents of the monastery believe that we are not oblige to live together, we want to live together and we will not permit a small group of fanatics to disturb this peaceful life between the two peoples of this country, we will repair the place we will do it perhaps even look better. The injury will be, always, that what happened was a terrible thing for us, but we will overcome," he said.sign up to our newsletter