The satirical film, which will require several trips to Israel and she says will star comic Brad Stein, will explore the effects of BDS on both Israelis and Palestinians. 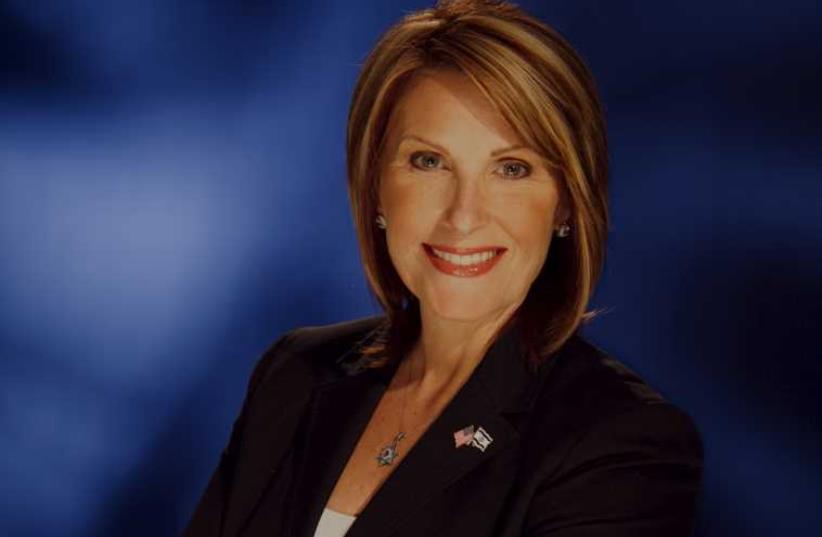 Laurie Cardozo-Moore, the head of the "Proclaiming Justice to the Nations” Christian Zionist group
(photo credit: Courtesy)
Advertisement
Laurie Cardoza-Moore, the head Proclaiming Justice to the Nations, a Christian-Zionist group, was in Israel this week filming segments for a film about the BDS movement in an attempt to show what she believes is “farce of BDS.”The satirical film, which will require several trips to Israel and which she says will star comic Brad Stein, will explore the effects of Boycott, Divestment and Sanctions on both Israelis and Palestinians, especially those employed by Jewish firms in Judea and Samaria.“The narrative we hear from mainstream press isn’t what we hear from the Palestinians who actually live here,” she explained, adding that she interviewed a series of Arabs to find out how they view their employment in factories and businesses targeted for boycotts.One interviewee, she recalled, told her that if BDS efforts succeeded, she would be out of a job.“With BDS she wouldn’t have a job,” Cardoza-Moore told the The Jerusalem Post.“Our goal is to take a message to show the world that this is the new form of anti-Semitism that is happening today and [that] we have to stand against it,” she said, explaining that she intended to showcase the film at a national religious broadcasters convention and that she is looking for it to air “via 90 TV channels in 200 countries reaching 900 million households worldwide.”“BDS is absolutely anti-Semitism and is rooted in anti-Semitism, and its goal is to delegitimize Israel’s right to exist and ultimately to dehumanize the Jews,” she said.She was also involved in efforts to promote anti-BDS legislation.On Monday, Illinois lawmakers unanimously passed a bill that bars state pension funds from investing in companies that participate in the BDS campaign against Israel.The bill passed the state’s House of Representatives by a vote of 102-0. The state Senate had passed the measure unanimously as well, 49-0.With the expected signature of Gov. Bruce Rauner, Illinois would be the first state to legislate against BDS.In a tweet Monday shortly after the bill passed the House, Rauner wrote, “Looking forward to signing #SB1761 making IL first in the nation to fight BDS against Israel.”The bill requires the state’s pension system to remove companies that boycott Israel from their portfolios.The measure is an amendment to existing legislation now enforced by the Illinois Investment Policy Board mandating that state pension funds be divested from foreign firms doing business in Iran, Sudan or other countries with known human rights violations.“At the core of the BDS movement is a quest to delegitimize Israel as a sovereign, democratic and Jewish state,” said Chicago Jewish United Fund president Steven Nasatir.“This bipartisan legislation sends a strong message that Illinois will not tolerate such efforts. We anticipate that this legislation will become a model for similar action in many other states.”The Indiana and Tennessee state legislatures have both passed nonbinding resolutions opposing boycotts of Israel.On Tuesday the American Jewish Committee issued a statement applauding the passage of the bill.“Illinois leaders are united in recognizing a strong Israel-Illinois bond and also that the insidious Boycott, Divestment, and Sanctions campaign does not promote peace but rather seeks to isolate and delegitimize Israel,” said AJC Chicago regional director Amy Stoken.
sign up to our newsletter