German pastor Dietrich Bonhoeffer and his fight against the Nazis

Bonhoeffer’s martyrdom and his book “The Cost of Discipleship” became a classic of Christian thought and explained the meaning of what it truly means to be a believer. 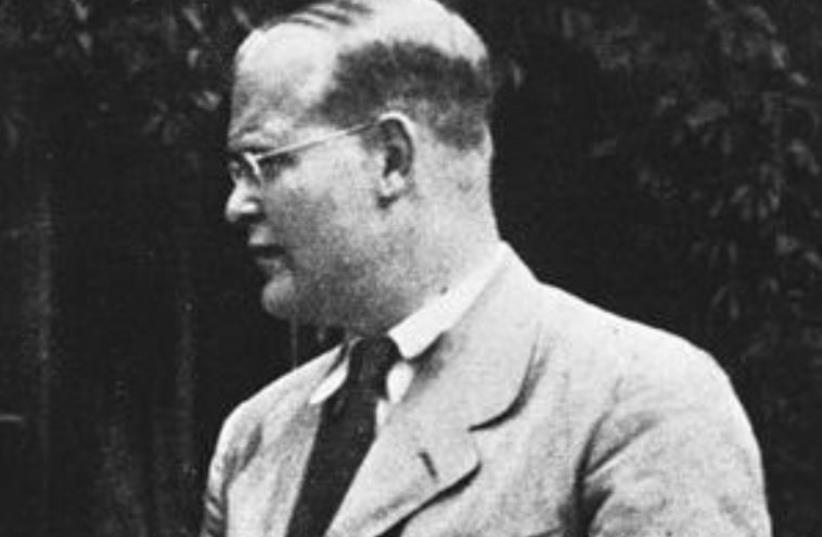 Dietrich Bonhoeffer
(photo credit: Wikimedia Commons)
Advertisement
On February 7, 1945, German Lutheran pastor Dietrich Bonhoeffer was sent to the Buchenwald concentration camp, where he would be killed less than two months later. The theologian, who was an out-spoken dissident of the Nazi regime, left Germany in 1938 to save himself from having to fight in Hitler’s army. Yet he returned prior to the war, saying that he must live through this difficult period, otherwise he will have no right to participate in the reconstruction of Christian life in Germany after the war if he doesn’t share the trials with his people.“Christians in Germany will have to face the terrible alternative of either willing the defeat of their nation in order that Christian civilization may survive or willing the victory of their nation and thereby destroying civilization,” he wrote.During the war, the pastor spoke out against the persecution of the Jews, and his Bethel Confession adamantly refuted the Nazis’ Deutsche Christen (German Christian Protestant group) doctrine, saying Israel’s spot in history can not be usurped and that no nation is obligated to avenge the Jews’ role in the killing of Jesus. Bonhoeffer was involved with the Abhwer German military intelligence unit during the war and was involved in plots to overthrow and assassinate Hitler. He was also a part of his brother-in-law Hans von Dohnányi’s efforts to help rescue Jews.  Yet the Righteous Among the Nations committee at Yad Vashem - World Center for Holocaust Research could not confirm that these actions were directly performed by him, and concluded that he did not fulfill the criteria of being recognized as a Righteous Among the Nations. The individual who brought forth the application to have him recognized petitioned Yad Vashem to accept him, especially since following the war he became a symbol of pure Christian resistance to the Nazis and paid with his life. Yet in all that was involved of saving Jews, it was Bonhoeffer’s brother-in-law who performed the rescues, and thus Bonhoeffer himself could not be included as a Righteous Among the Nations. Nonetheless, Bonhoeffer’s martyrdom and his book “The Cost of Discipleship” became a classic of Christian thought and explained the meaning of what it truly means to be a believer.

To learn more about Jewish-Christian relations and the Jewish roots of Jesus, check us out at @christian_jpost, on Facebook.com/jpostchristianworld/ and see the best of the Holy Land in The Jerusalem Post - Christian Edition monthly magazine.sign up to our newsletter