Winners of the 2014 President’s Citation, Lt.-Col. Rafi Goldstein and the 134th Battalion stay focused on protecting the Lebanese border. 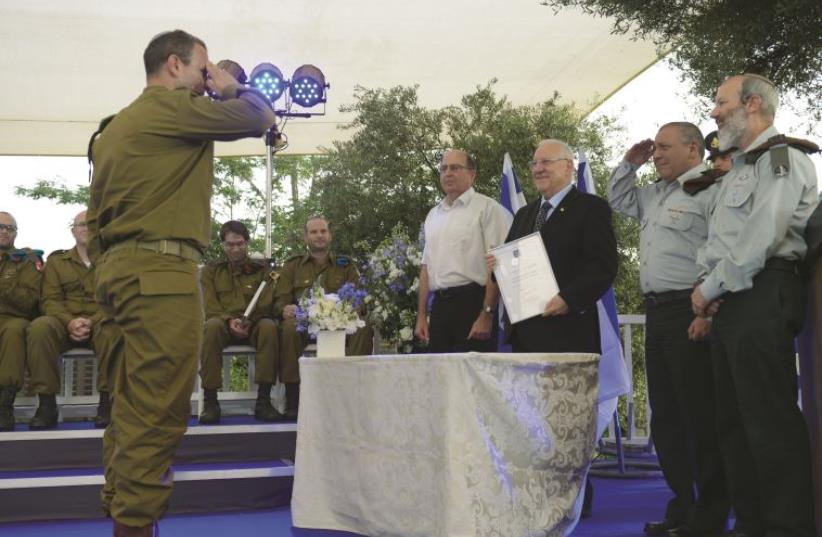 Lt.-Col. Rafi Goldstein receiving the 2014 President’s Citation
(photo credit: Courtesy)
Advertisement
The contrast was exceptional. In the summer of 2014, Rafi Goldstein and his family flew to the United States from Israel to celebrate their son’s bar mitzva in Disney World. “Come and see the magic, la la la la la,” the 43-year-old breaks out in song in his living room, a smile lighting up his face as if he is still roaming Magic Kingdom. “There I am. In Disney. Hugging stuffed animals. Having a great time.”Less than 24 hours after arriving back in Israel, Hamas begins shelling the Jewish state and the war in Gaza breaks out. Goldstein, a lieutenant-colonel in reserves and the commanding officer of the northern 134th Battalion, immediately grabbed his uniform and raced to protect Israel’s northern border. “I go from hugging cartoon characters to running along the Lebanese border at midnight with Jubrein the tracker, following what turned out to be the footprints of a wild boar. That’s what you call ‘dissonance’ for a soldier in reserve duty.”The series of events was crazy, the father of three says, but it was also very much coincidental, he’s quick to point out. The family returned to the Holy Land on the exact day they had planned. The day after their flight, one of Goldstein’s nieces celebrated her bat mitzva. Family, friends and other relatives donned their “Saturday best” to celebrate their loved one’s coming of age at the Tur Sinai Organic Farm Resort in the Ramot Forest in Jerusalem. The only one who broke the dress code was Goldstein. He was already decked out in his green fatigues and red boots, on the way to the North. “But at least I got to stop in at the party,” he says.
Like the other 50,000 reserve soldiers who were called up for Operation Protective Edge last summer, Goldstein was just doing his duty. But what made him and his battalion stand out was the exceptional preparedness and mobilization they showed during the war, dealing with security incidents along the northern border every night. These characteristics, among many others that they have been improving since the 2006 Lebanon War, earned them a campaign medal from the summer war and the prestigious Presidential Reserve Unit Citation for 2014, awarded to them this past June. “As soon as Operation Protective Edge started, in less than 24 hours, 100 percent of the soldiers were there, equipped, and ready to take over for the Golani 12 regular army infantry brigade so it could go down to the Strip and fight in the war,” Goldstein says. 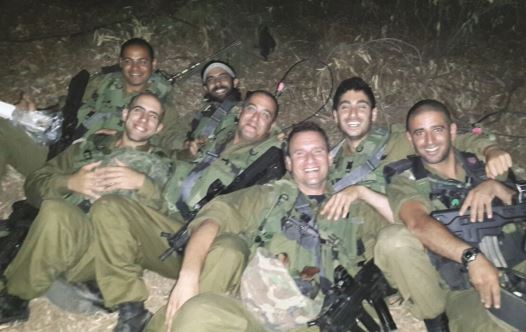