Jews for Jesus denounces Vatican for no converting Jews policy

Executive director of organization accuses the Vatican of pandering to Jewish leaders. 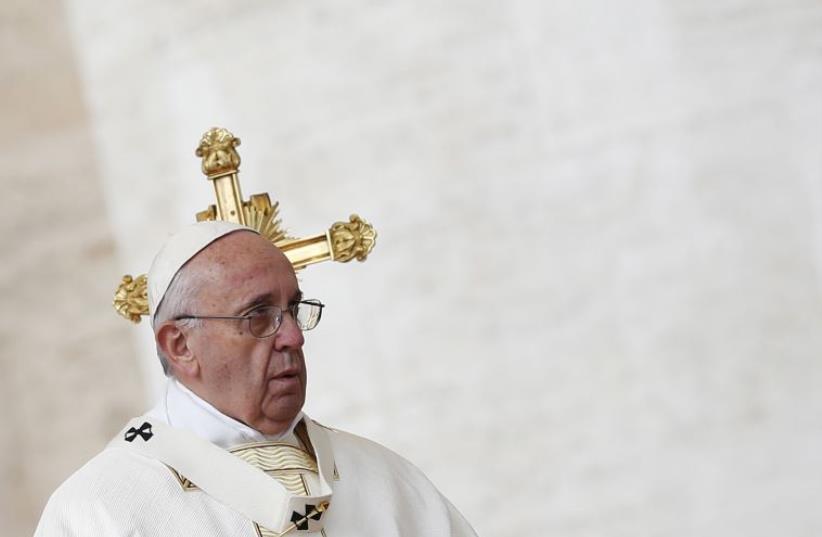 Pope Francis leads the mass for the canonization in Saint Peter's Square at the Vatican
(photo credit: REUTERS)
Advertisement
The Jews for Jesus organization has denounced the Vatican for saying that the Catholic Church must not try to convert Jews to Christianity.David Brickner, executive director of Jews for Jesus, said in a statement issued Friday that his organization finds the position “…egregious, especially coming from an institution which seeks to represent a significant number of Christians in the world.”The pronouncement against converting Jews came in a major document released Thursday by the Vatican’s Commission for Religious Relations with the Jews. It was issued to mark the 50th anniversary of Nostra Aetate, a declaration promulgated in 1965 by the Second Vatican Council that opened the door to formal Catholic-Jewish dialogue. The new Vatican document, titled “The Gifts and Calling of God are Irrevocable,” discussed at length how Christianity is rooted in Judaism. Because of this, it said, the Church is “obliged to view evangelization to Jews, who believe in the one God, in a different manner from that to people of other religions and world views.”It added, “In concrete terms this means that the Catholic Church neither conducts nor supports any specific institutional mission work directed towards Jews.”Brickner accused the Vatican of pandering to Jewish leaders.“How can the Vatican ignore the fact that the Great Commission of Jesus Christ mandates that his followers are to bring the gospel to all people? Are they merely pandering to some leaders in the Jewish community who applaud being off the radar for evangelization by Catholics? If so, they need to be reminded that they first received that gospel message from the lips of Jews who were for Jesus,” he said.Jews for Jesus, which calls itself the “largest Jewish mission agency in the world,” has branches in 13 countries and 25 cities.sign up to our newsletter