Muslim man in his thirties arrested in connection with the murder. 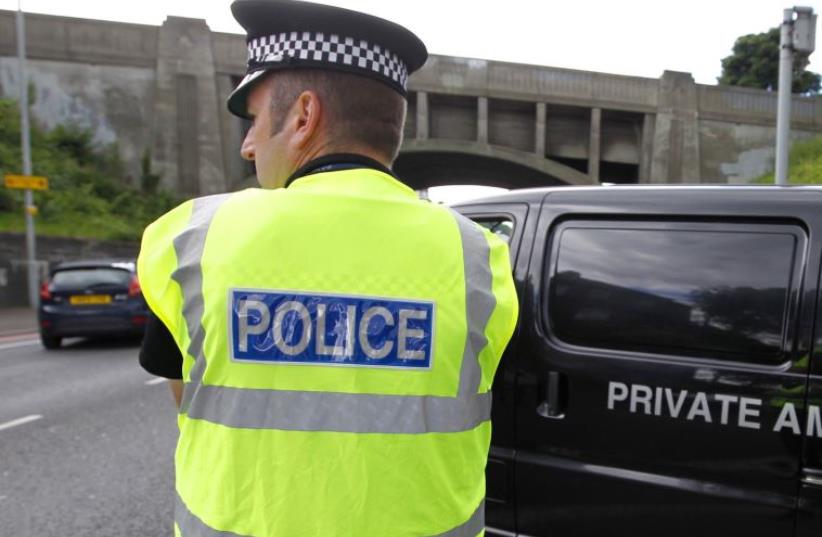 A Scottish policeman (file)
(photo credit: REUTERS)
Advertisement
A shopkeeper in Glasgow, Scotland was stabbed to death in a suspected "religiously prejudiced" attack just hours after he posted an Easter message on Facebook that he directed to "my beloved Christian nation," The Telegraph has reported. One eyewitness said he saw Asad Shah, 40, originally from Pakistan getting his head stamped on during the attack, the British daily reported. "Good Friday and a very Happy Easter, especially to my beloved Christian nation. Let's follow the real footstep of beloved holy Jesus Christ and get the real success in both worlds," Shah, described as a devout Muslim, wrote on his Facebook page some four hours before he was murdered.   Police said a 32-year-old Muslim man was arrested in connection with the murder that was being treated as "religiously prejudiced."   On his Facebook page, Mr Shah describes himself as the self-employed owner of Shah's Health and Fitness and also features Mr Shah in prayer, The Telegraph reported. In earlier social media posts, he also called for "unconditional real love for all mankind."
Sign up for our Christian World newsletter >>