Pope Francis said to back sainthood for anti-Semitic priest

Leon Dehon, whose beatification was delayed in 2005 following the death of Pope John Paul II, founded the Priests of the Sacred Heart order. 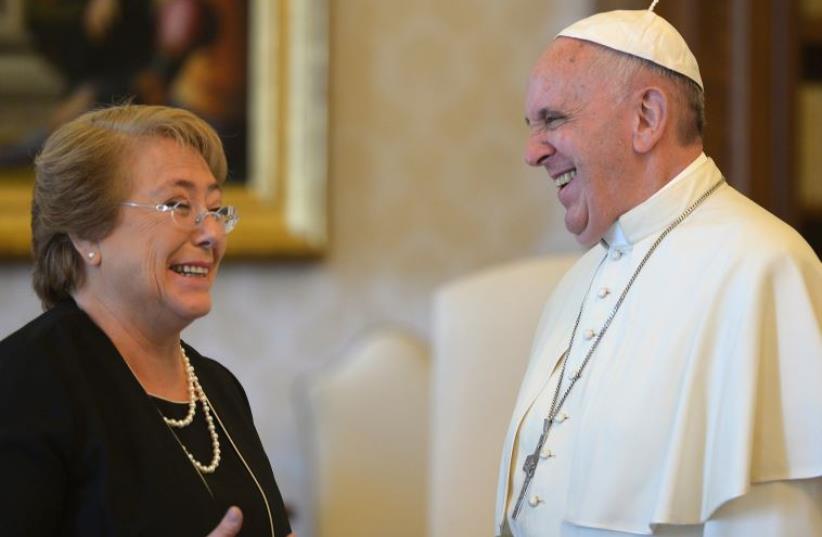 Pope Francis and Chile's President Michelle Bachelet laugh during a private audience at the Vatican
(photo credit: AFP PHOTO POOL / ALBERTO PIZZOLI)
Advertisement
Pope Francis on Friday went on record as supporting the candidacy for sainthood of a French priest who is alleged to have espoused anti-Semitic views, the AFP news agency reported.Leon Dehon, whose beatification was delayed in 2005 following the death of Pope John Paul II, founded the Priests of the Sacred Heart order.According to AFP, although he had been declared venerable by John Paul II, his path to sainthood hit a snag when Pope Benedict XVI ordered a commission to probe Dehon’s alleged anti-Semitism.Despite questions about Dehon’s past, Pope Francis on Friday was quoted by media outlets as saying that he wished for the beatification process to “end well” and that the late priest should be judged within the context of the times in which he lived.Dehon is reported to have called the Talmud a "manual of the bandit, corruptor, social destroyer" and anti-Semitism as a "sign of hope.”He also believed that Jews were "thirsty for gold" and that "lust for money is a racial instinct in them."sign up to our newsletter