The mother of one of the NBA's brightest stars also spoke of her love of Hebrew. 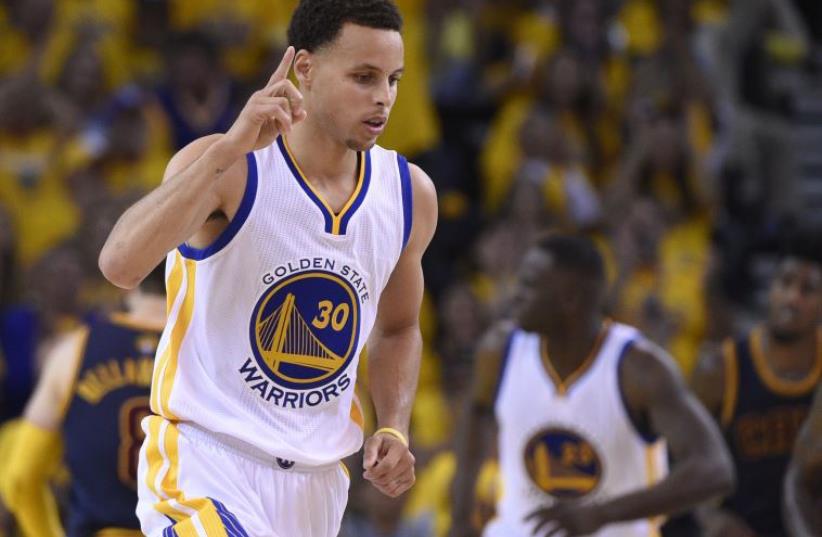 Golden State Warriors guard Stephen Curry
(photo credit: REUTERS)
Advertisement
Sonia Curry,  mother of Stephen Curry - starting point guard for the Golden State Warriors in this years NBA Finals- spoke about her love of Hebrew and how a trip to Israel impacted her life in an interview to Sport 5 TV on Sunday."I actually love Hebrew... I just love that Jesus Christ (spoke) Hebrew," she said, adding, "I wanted to learn.... so I could read the Torah in Hebrew." The mother of one of the brightest stars of this year's NBA championship series also spoke about the impact that her visit to Israel a few years ago had on her life. "When I (went) to visit Israel and Jerusalem about five years ago, and came back, (I) was just transformed spiritually...and have been basking in the experience ever since." Like her son, the NBA all-star's mother also has some Hebrew ink on the back of her nape, which reads "hen,"  that means grace or charm. Stephen Curry has a tattoo in Hebrew of a biblical verse. According to Sport 5, Curry's mom had been studying Hebrew for four years."It's our [his and his wife's] favorite Bible verse," Curry told Sport 5.The 2015 MVP told Sport 5 that he and his wife have matching tattoos that read, "Love never failed to be." The verse was taken from First Corinthians, 13:8.Asked if he can pronounce it in Hebrew, he said "I can't. I'm working on it."The Warriors and the Cleveland Cavaliers will face off Tuesday night in Game 6 of their best-of-seven series.sign up to our newsletter