The banker who used Nazis to help save Jews 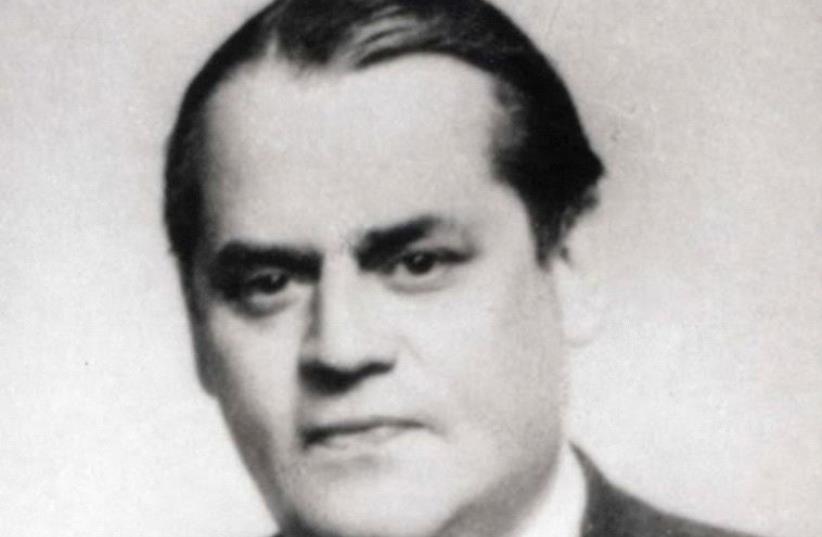 Friedrich Carl von Oppenheim
(photo credit: COURTESY YAD VASHEM)
Advertisement
A year prior to the start of the Second World War, prominent banker Baron Friedrich Carl von Oppenheim convinced two of his friends, the Jewish owners of a metal factory, to move their families and their metal operation to Amsterdam from Cologne. Even though their firm was taken over by von Oppenheim’s bank during the war, the Lissauer and Griessman families lived and worked in Amsterdam in relative peace during the first few months of the war. But as the long arm of the Nazis began to reach all of Western Europe, they were in grave danger of being deported and sent to concentration camps.On September 7, 1940, an official Nazi bus escorted by two German military vehicles commanded by Nazi officers arrived at the Lissauers’ house, and the two families – 11 people in total – boarded the bus. They drove them through occupied Belgium and France, and finally the Nazis reached their final destination at the Spanish border, dropping off the two families and returning home. Once in Spain, the Lissauers and Griessmans took a train to Portugal and traveled to Brazil via ship. “Basically, they were escorted to freedom by Nazis. How was this possible?” von Oppenheim’s grandson, Florian von Oppenheim, asked at a memorial in the Israeli Consulate in Shanghai in 2015.  He explained that through his grandfather’s high-level connections with the German Central Bank von Oppenheim was able to get them exit visas, convincing them that the only way the metal company would be able to pay back their massive loans was through frozen funds they had in the United States. “This was all an elaborate ploy and the funds were never sent to Germany,” he said.After saving the lives of the two families, von Oppenheim continued to work to save the lives of more people, demonstrating to the Nazi authorities that the metal company was crucial for the German war effort, and its workers – almost exclusively Jewish refugees, most of whom had no experience at all in the metal business – needed to remain in the vicinity of the metal operation.The ploy worked for a few years, but only a dozen were able to survive. And as von Oppenheim continued in his efforts, the Gestapo caught up with him, framing him and throwing him in jail on charges of treason with a death sentence over his head. He managed to survive in prison, being freed by the Americans before the Nazis could execute him. After the war he returned to the banking business, and he died in 1978. “My grandfather had done his best to help persecuted Jews,” Florian von Oppenheim said. “Using bureaucratic and legal channels on an international level he helped many Jews.”But not only did von Oppenheim perform acts of kindness during the war, his legacy lives on in a Holocaust education fund. Today, the Baron Friedrich Carl von Oppenheim Chair for the Study of Racism, Antisemitism, and the Holocaust, founded and funded by the von Oppenheim family of Cologne, annually awards two or three postdoctoral fellowship grants. “Whenever I reflect on my grandfather’s actions, he helped save 11 lives from two families,” said Florian von Oppenheim. “This is a drop in the ocean compared to the six million who were murdered. But for those 11 individuals and their descendants – it’s everything.”On October 10, 1996, Yad Vashem recognized Baron Friedrich von Oppenheim as Righteous Among the Nations.To learn more about Jewish-Christian relations, check us out at @christian_jpost, on Facebook.com/jpostchristianworld/ and see the best of the Holy Land in The Jerusalem Post - Christian Edition monthly magazine.
Sign up for our Christian World newsletter >>