After preaching anti-Semitism for more than a millennium, when looking at the prophecy of the Jewish People returning to their land, the Catholic Church could not come to terms with the reality. 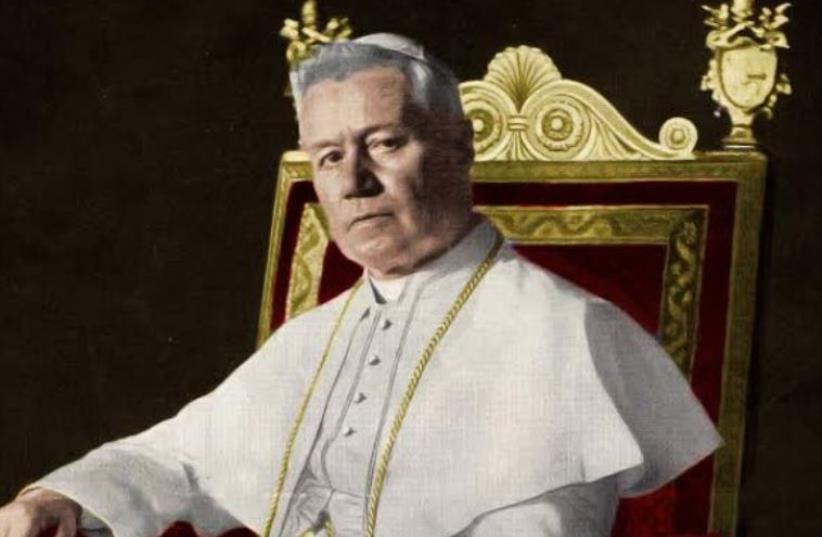 Pope Pius X.
(photo credit: Wikimedia Commons)
Advertisement
Throughout the centuries, certain Christian denominations looked upon the Jews as the Chosen People, helping them prosper and helping them do everything to return to the Land of Israel, as told by God to the Biblical prophets. For other denominations, however, it would take centuries to reach that understanding. But, in the end, they too came to that realization. After preaching anti-Semitism for more than a millennium, when looking at the prophecy of the Jewish People returning to their land, the Catholic Church could not come to terms with the reality. In 1904, less than half a year before Zionist visionary Theodore Herzl died, he took the case of Zionism to the Vatican and Pope Pius X. As Herzl wrote in his diary, taken from “The Complete Diaries of Theodor Herzl,” edited by Raphael Patai and translated by Harry Zohn, the Visionary of the State had a dismal time trying to convince the Pope to help the Jews return to their land. Herzl wrote that he didn’t kneel nor did he kiss the Pope’s hand upon entering. Shortly after, Herzl disclosed his request to the Holy Father. The answer was harsh and swift. “We cannot give approval to this movement. We cannot prevent the Jews from going to Jerusalem – but we could never sanction it. The soil of Jerusalem, if it was not always sacred, has been sanctified by the life of Jesus Christ. As the head of the Church I cannot tell you anything different. The Jews have not recognized our Lord, therefore we cannot recognize the Jewish people.”All that the Pope could promise the Jews coming to Israel would be that he would do his best to turn them into Catholics.“And so, if you come to Palestine and settle your people there, we shall have churches and priests ready to baptize all of you.”The Pope then stuck the nail in the coffin: “Gerusalemme, he said, must not get into the hands of the Jews.”The 25-minute meeting didn’t produce anything but another missed opportunity to chalk up to the Catholic Church. Herzl died shortly after, but his influence lived on. After the two world wars, in 1948 The Catholic Church, meanwhile, slowly began to understand where it went wrong. In 1965, the Church published Nostra aetate, which rejects the long leveled charge against the collective Jewish people that Jews are guilty of killing Jesus, as well as decrying all displays of anti-Semitism.Last October, the Vatican published another landmark document, calling upon Catholics to stop trying to convert Jews, and instead to work with them to fight anti-Semitism.To learn more about Jewish-Christian relations, the building of the modern State of Israel as envisaged by the prophets of the Bible, as well as the Jewish roots of Jesus, check us out at @christian_jpost, on Facebook.com/jpostchristianworld/ and see the best of the Holy Land in The Jerusalem Post - Christian Edition monthly magazine.sign up to our newsletter