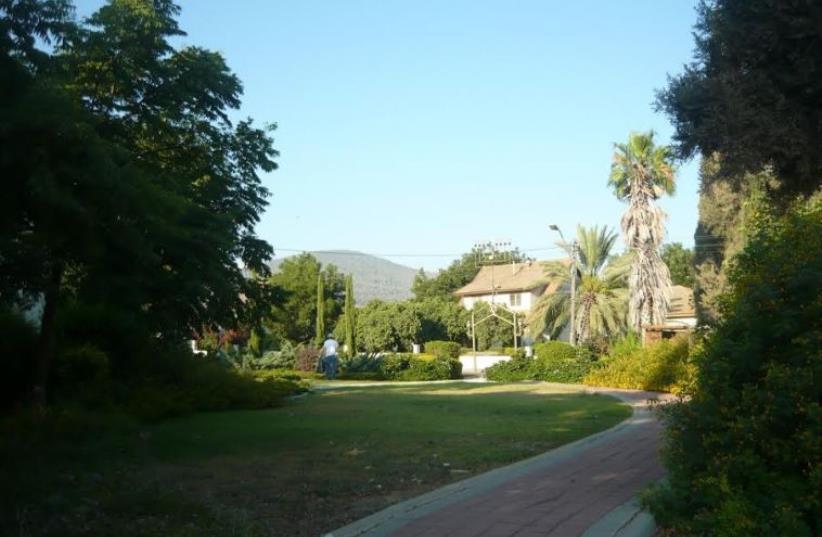 Merchavia, July 2010
(photo credit: Wikimedia Commons)
Advertisement
On January 24, 1911, kibbutz Merchavia, the first Jewish settlement in the Jezreel Valley, was founded. The valley had been uninhabitable for centuries prior to the first Jewish settlers returning to their biblical homeland of Israel. Swamps in the region were a breeding ground for mosquitoes, which spread the disease of malaria.Seeing the importance of the fertile land (as attested to in its name of biblical derivation, which means “God will sow”) the new immigrants of the Second Aliya took themselves to the task to turn Israel into a blossoming land, as visioned by the biblical prophets. They purchased the land and began draining the swamps with eucalyptus trees that they had imported from Australia. The Zionist pioneers also later founded the city of Afula, as well as the settlements of Nahalal and Ein Harod. The Merchavia cooperative, located less than 2 km. east of the city Afula and purchased by Yehoshua Hankin, was established under the concepts of the Jewish-German sociologist and political economist Franz Oppenheimer.The most famous member of the kibbutz was future prime minister Golda Meir, then still known as Golda Meirson, who tended chickens. After a year and a half in the North, Meir was forced to leave after her husband fell sick, and the coupled moved back to Tel Aviv. Merchavia was the first modern Jewish settlement in the Jezreel Valley, though in less than a decade, the agricultural cooperative plan failed to take off. By 1929, the founders were no longer living there, and a new set of pioneers established a new kibbutz. The first inhabitants named the kibbutz after the verse in Psalms 118:5: “When hard pressed, I cried to the Lord; he brought me into a spacious place.”Today, however, Merchavia no longer has the “spacious place” it once had. The Jezreel Valley has more than 40 settlements, including cities, kibbutzim, moshavim and an Air Force base, and is just one of the many that was given a name based on the Bible, such as Kfar Gideon, Ahuzat Barak and Dovrat (Daberath). Thanks to the efforts of the first Jewish pioneers, the Jezreel Valley is Israel’s breadbasket and the most green area in the country, with crops such as wheat, cotton, sunflowers, legumes, and even fish ponds and grazing areas for cattle and sheep. Another connection to the first Jewish settlements of the Jezreel Valley is Israel’s first astronaut Ilan Ramon. Ramon, who perished this week 13 years ago on February 1, 2003, when the space shuttle “Columbia” reentered the atmosphere, is buried in the Nahalal cemetery in the first communal moshav in the region.sign up to our newsletter