Today in History: The end of the IDF’s ‘Warm Winter’ 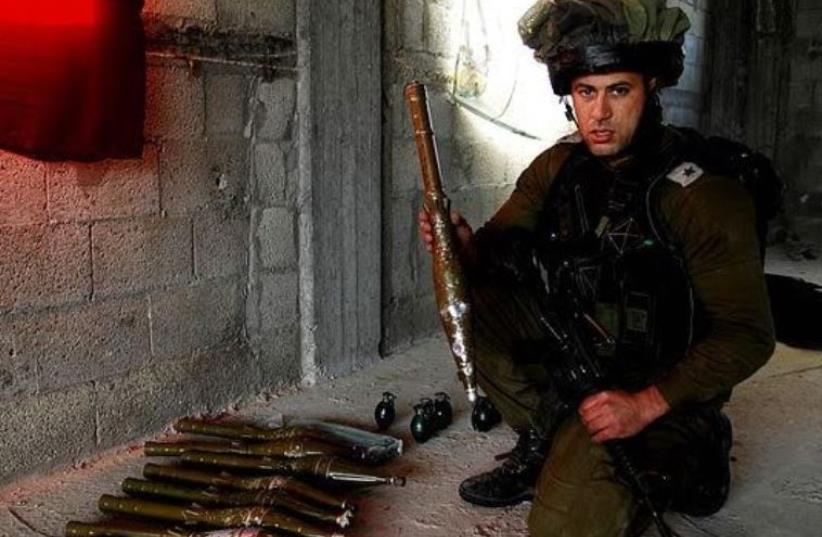 In an operation in the northern Gaza Strip, IDF forces found weapons inside a mosque.
(photo credit: Wikimedia Commons)
Advertisement
On March 3, 2008, Israel ended Operation Warm Winter, eliminating more than 100 terrorists in the Gaza Strip in five days.Months prior, in January, Hamas breached the border between Egypt and the Gaza Strip and began smuggling in Russian and Iranian-made rockets, which had a significantly larger range then what Gazan terrorist groups had previously fired. On January 3, the new year began with a rocket – a long-range Iranian-supplied Katyusha – reaching Ashkelon, the farthest north a Palestinian projectile had reached up until that point. The Palestinians continued to fire sporadically at Israel, and on February 27, after Israel assassinated five Hamas members who had just returned from terrorist training in Iran, terrorist elements in Gaza volleyed almost 50 rockets at southern Israel in one day, killing one civilian at the Sapir Academic College next to Sderot. The next day, the IDF began Operation Warm Winter (also called Hot Winter), and during the first few days of the military campaign, the IDF mainly carried out air strikes aimed at the ammunition and rocket warehouses and factories, in addition to targeting launching cells.During the first day of fighting, IDF soldiers killed more than 50 terrorists, and all together they arrested more than 80 others who were taken in for questioning by the security forces during the conflict. Despite the heavy losses, the Palestinians continued firing on rockets on Israel’s southern cities, and on March 2 one of their Grad rockets hit the house next to the former head of the Shin Bet (Israel Security Agency) and then-interior minister Avi Dichter in Ashkelon, which lightly wounded a young girl.After the operation ended, Gazan terrorists didn’t let up on the rocket barrage and fired 1,199 rockets and 1,072 mortar shells up to June 19, 2008. The Egyptians subsequently brokered a cease-fire that lasted until November when the IDF destroyed a tunnel Hamas was building to capture Israeli soldiers, and a month later Operation Cast Lead broke out. The five-day operation is commonly dwarfed in the history of the recent Gaza-Israel struggle. Even though the IDF declared that its immediate objectives were fulfilled, the army’s long-term goals of completely removing terrorist and rocket-launching elements from the Strip were not fulfilled and have still not been fulfilled until this day, and Warm Winter is considered just another stopgap measure.But while Israel occasionally continues to suffer from bouts of rocket attacks, the 2011 introduction of the Iron Dome air defense system greatly lowered the number of casualties on the Israeli side. To learn more about the modern State of Israel as envisaged by the prophets of the Bible, check us out at @christian_jpost, on Facebook.com/jpostchristianworld/ and see the best of the Holy Land in The Jerusalem Post - Christian Edition monthly magazine.
sign up to our newsletter