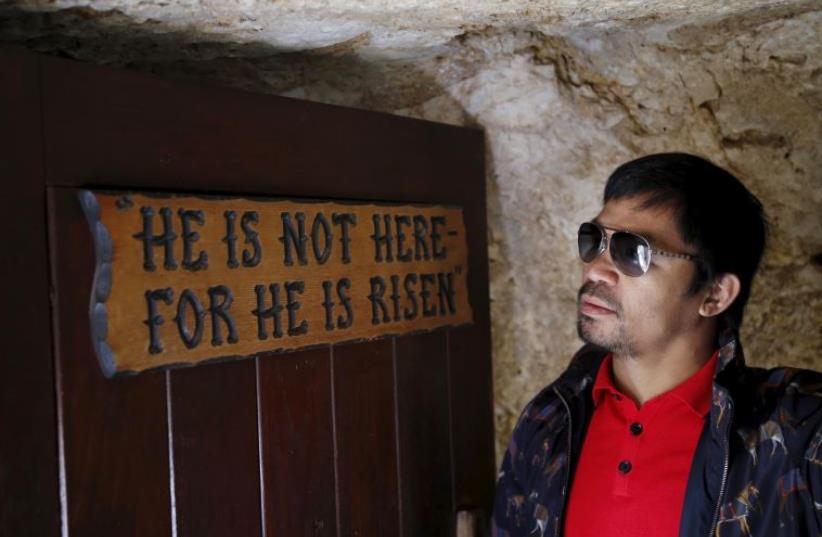 Filipino boxer Manny Pacquiao stands next to a sign during a visit to The Garden Tomb site outside Jerusalem's old city November 21, 2015
(photo credit: REUTERS)
Advertisement
Filipino boxer Manny Pacquiao visited Jerusalem on Saturday.Pacquiao toured with his family members The Garden Tomb site near Jerusalem's Old City.
Pacquiao visits Jerusalem
The Garden Tomb is revered by some Christians as the burial site and resurrection of Jesus.During the tour Pacquiao told Reuters that this is his fourth visit to the region."It is my belief to visit here every year, once a year; and it is nice to be here. This is my fourth time," said Pacquiao.The Filipino boxer is recovering from surgery to repair a torn rotator cuff following his defeat to Floyd Mayweather in May.Winner of world titles in eight different weight classes, the 36-year-old Pacquiao said in October that he is eyeing one final fight next year before retiring.sign up to our newsletter