Wife of US pastor held in Iran: My husband wrongly overlooked in nuclear deal

Christian pastor Saeed Abedini is one of three Americans known to be currently detained in Iran. 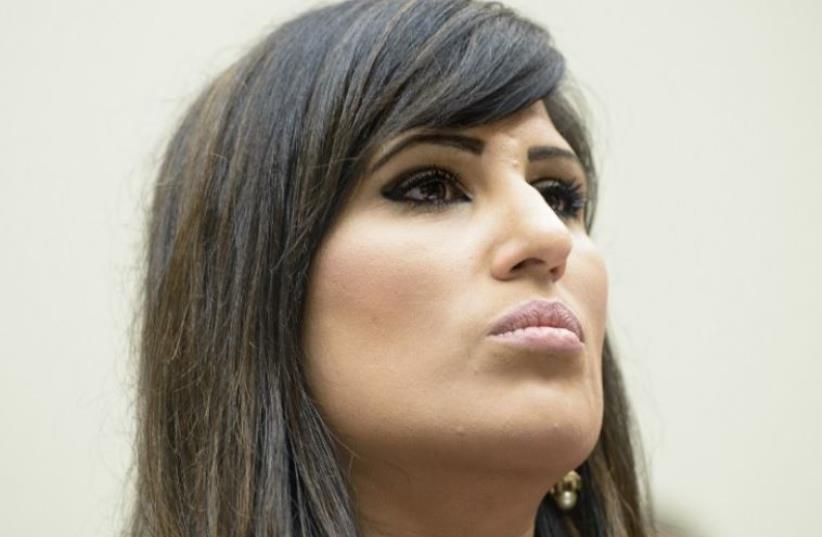 Nagameh Abedini, wife of Saeed Abedini, listens during a hearing of the Foreign Affairs Committee on Capitol Hill June 2, 2015.
(photo credit: BRENDAN SMIALOWSKI / AFP)
Advertisement
SALMON - President Barack Obama should have secured the release of jailed US citizens before sealing a nuclear deal with Iran, and the accord should not win congressional approval until their freedom is guaranteed, the wife of a detained Iranian-American pastor said on Wednesday.Saeed Abedini, 35, a naturalized US citizen, was sentenced by an Iranian court in 2013 to eight years in prison for allegedly compromising Iran's national security by setting up home-based Christian churches in his native country.His wife, Naghmeh Abedini of Boise, Idaho, said her husband has faced threats to his life from Islamic militants held in the same prison west of Tehran and that his physical and psychological health has deteriorated from a lack of medical care and from stays in solitary confinement.Abedini is one of three Americans known to be currently detained in Iran.His spouse said their release should have been assured before Obama even agreed to the talks that produced a deal on Tuesday aimed at restricting Tehran's nuclear program in exchange for sanctions relief.The agreement has drawn fire from Republican lawmakers, but Obama strongly defended it in a news conference on Wednesday, saying it was the only alternative to a nuclear arms race and more war in the Middle East.Obama also said any notion that he was content with Americans being held in Iran was "nonsense," but insisted that including their fate in the talks would only have undermined the US bargaining position."If the question is why we did not tie the negotiations to their release, think about the logic that that creates," he said. "Suddenly Iran realizes ... maybe we can get additional concessions out of the Americans by holding these individuals."
Obama remarks on Iran deal
Obama delivered the same message to Naghmeh Abedini and the couple's two young children when he visited them in Boise in January, she said.The pastor's wife conceded she was not sufficiently well-versed in nuclear matters to evaluate the deal but said parallel talks could have been held to seek the release of her husband and other detained Americans.She said she was now pinning her hopes on Congress, which must approve the accord. She said Republican leaders and some Democrats have spoken of making congressional approval contingent on the release of the American prisoners."It's very difficult for my children. And it's heartbreaking for me to see them growing up without their dad," she said.sign up to our newsletter