"It does create a rising price, creates more buyers ... If you don't understand it, you get much more excited," Buffett said on CNBC television. "People like to speculate, they like to gamble." 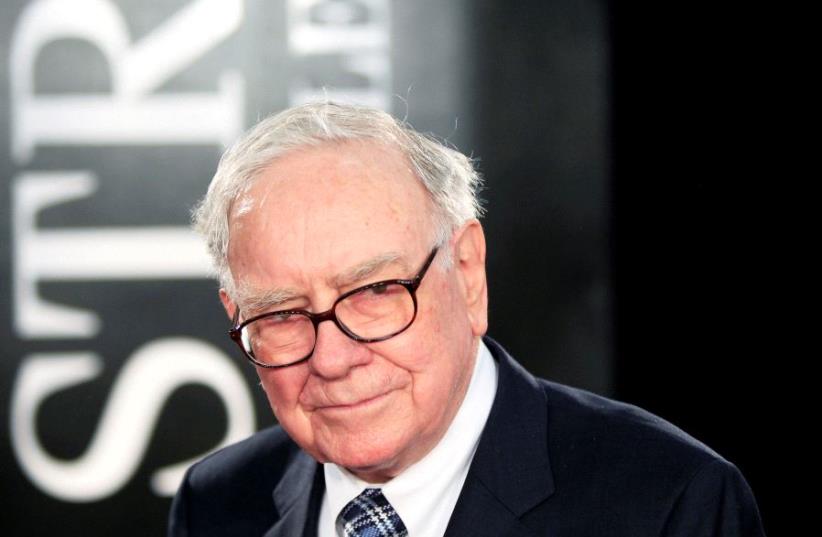 Warren Buffett
(photo credit: REUTERS)
Advertisement
NEW YORK - Billionaire investor Warren Buffett on Monday said buyers of bitcoin, which he has characterized as "rat poison squared," thrive on the hope they'll find other people who will pay more for it.Likening bitcoin demand to the tulip mania in 17th century Holland, Buffett, the chairman and chief executive of Berkshire Hathaway Inc, said the mystique behind the cryptocurrency has driven a surge in its price."It does create a rising price, creates more buyers ... If you don't understand it, you get much more excited," Buffett said on CNBC television. "People like to speculate, they like to gamble."Buffett said investors would instead be much better off investing in US stocks, which in turn are also a far better investment than 10- or 30-year US government bonds.Buffett said stock prices are elevated but not in a bubble.He said he would much rather have Berkshire's pile of cash and equivalents be $30 billion, rather than the $108.6 billion it was at the end of March, but good deals have not emerged.Buffett revealed last week having bought about 75 million additional Apple Inc shares in the first quarter, despite already owning about 165.3 million.Berkshire now owns 5 percent of the iPhone maker, trailing only Vanguard Group and BlackRock Inc.He also said he would be happy to see Apple shares go down in price if it would spur repurchases.Buffett presided on Saturday at Berkshire's annual shareholder meeting in Omaha, Nebraska, which was expected to have drawn more than 40,000 people.