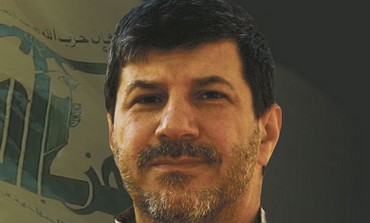 Israel flatly denied Hezbollah claims that it was involved in the assassination of one of its top military commanders in Beirut on Wednesday.Hassan al-Laqqis, who is believed to have commanded Hezbollah troops fighting in Syria’s civil war, was shot in the head from close range outside his home in the Hadath district of the Lebanese capital in a killing that the Shi’ite group immediately blamed on Israel.“This has strictly nothing to do with Israel,” Foreign Ministry spokesman Yigal Palmor said. “Hezbollah has made a fool of itself in the past with these automatic and groundless accusations against Israel.... If they are looking for explanations as to what is happening to them, they should examine their own actions.”Israeli security sources speculated that the motive for the hit may have been Hezbollah’s guerrilla support for Syrian President Bashar Assad in his war with Sunni rebels.A previously unknown group, Ahrar al-Sunna Baalbek Brigade, claimed responsibility for the attack in a message on Twitter. The claim could not be verified, but the name of the group suggested Lebanese Sunni connections.Three or four assailants ambushed Laqqis, according to Lebanese security sources quoted by Lebanese Broadcasting Corporation International.Laqqis was “very close” to Hezbollah leader Hassan Nasrallah, a Hezbollah source told the Turkish Anadolu Agency.“Laqqis was involved in scientific development and played a key role in developing Hezbollah’s unmanned aerial vehicles program,” a source close to the movement told The Daily Star.He was involved in smuggling weapons into Gaza and Egypt and had survived numerous assassination attempts, said the source.The source close to Hezbollah said Laqqis had taken part recently in several battles in Syria.“This enemy [Israel] bears full responsibility for this heinous crime,” said a statement issued by Hezbollah’s media relations on the group’s Al-Manar website. Film from the scene, broadcast on Hezbollah’s Al Manar television, showed two bullet marks in a wall and muddy footprints it said had been left by possibly more than one assailant.“The Israeli enemy tried to get to our martyr brother several times, in more than one location, but these attempts failed until this repugnant assassination,” the group said.
Hezbollah said Laqqis had been with the group since it was set up with Iranian support in the 1980s to fight Israeli troops occupying south Lebanon. His son was killed in the 2006 Second Lebanon War with Israel.Hundreds of mourners attended Laqqis’s funeral in Baalbek, following his grey coffin draped in the yellow Hezbollah flag through the rain swept streets of the Bekaa Valley town.Speaking at the funeral, Hezbollah official Sheikh Mohammad Yazbek said that the assassination means that the organization will continue its fight against Israel, the NOW Lebanon website reported.Lebanese President Michel Suleiman said the assassination was an attempt by Israel to fuel sectarian conflict.“The assassination of [Hajj] Hassan al-Laqqis is the latest episode of Israel’s [attempts] to fuel sectarian conflict in the country,” Suleiman said according to the website.Hezbollah blames Israel for a Damascus car bomb five years ago which killed top commander Imad Mughniyeh.It has repeatedly vowed to avenge Mughniyeh’s murder.The open role of Hezbollah fighters in the Syrian civil war and the steady flow of Lebanese Sunnis joining the anti-Assad rebels have fueled sectarian strife in Lebanon.Car bombs killed dozens of people in Beirut in August and a twin suicide attack on the Iranian embassy in the Lebanese capital killed at least 25 people last month.A source close to Hezbollah said Wednesday’s attack bore the hallmarks of an Israeli operation, and analyst Charles Lister of IHS Jane’s in London said it suggested an element of “professionalism and prior intelligence.”“But what is very clear is that it comes under the context of Hezbollah and its role in Syria,” he said. “It was expected that Hezbollah would blame Israel, but that is not necessarily the case.”
Advertisement
Subscribe for our daily newsletter