Ahead of Remembrance Day for Fallen Soldiers, Col. Yaron Beit-On tells the ‘Post’ about the loss of his cousin, a tank commander killed in Gaza in 2003. 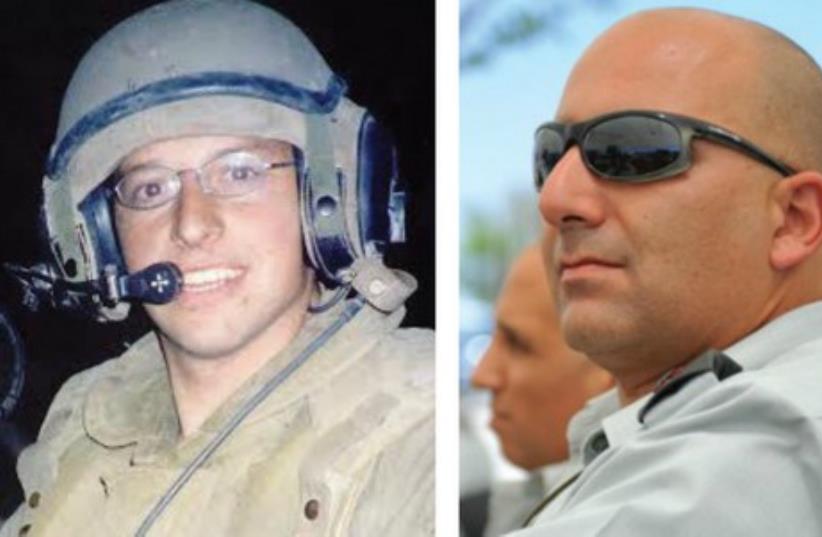 Doron Cohen (L) is mourned by his cousin, Col. Yaron Beit-On.
(photo credit: IDF SPOKESMAN'S OFFICE)
Advertisement
Ahead of Remembrance Day for the Fallen Soldiers of Israel and Victims of Terrorism, Col. Yaron Beit-On, commander of the Jordan Valley Territorial Brigade, spoke to The Jerusalem Post about his experiences of loss.Beit-On’s cousin, tank commander St.-Sgt. Doron Cohen, was killed in 2003, when his vehicle drove over a powerful bomb in the Gaza Strip. The blast killed everyone on board, including three other crew members.Cohen was 21.“Bereavement is something that is always around you once you become a commander in the army,” Beit- On said. “There are casualties from operational missions and from other types of incidents.”Beit-On’s personal connection to bereavement is through his cousin, the daughter of his mother’s sister.“Doron Cohen was in the 500th Armored Brigade, and was killed with his entire tank crew in Gaza,” Beit-On said. “My mother and his mother are very close. I accompanied Doron from the time he was a baby, all the way through to his army service, in the armored corps. I helped push him to do an officer’s course at Training Camp 1.”Ten days before he was killed, Cohen took part in a military drill together with Beit-On.“He was with me, together in the exercise. A week and a half later, his company headed down to Gaza. During work to clear a route, their tank went over an explosive device,” the brigade commander said.“The first person his mother, Zahava, called, was me, after she was notified. This was a slap [in the face] for me. Because it was Doron, and I felt very responsible. The first call she made was to me, asking me what to do next.”In the dark days that followed, Beit-On attended Cohen’s shiva, and met many young soldiers who had arrived at the bereaved household.That experience has remained with him ever since.“It took me back to being a young soldier. Hearing the soldiers and their stories, and what they’re undergoing.”The encounter helped cancel out a certain distance that most senior commanders tend to develop in relation to their subordinates, he said.“It brought me back to the understanding of what is important for these soldiers. And this has accompanied me throughout my command roles, from battalion commander of the 601st Combat Engineering Corps and through to other roles, until my current position as commander of the Jordan Valley Brigade,” said Beit-On.“I take this experience with me everywhere I go. I came to understand Doron’s connection with the other soldiers in his tank. The endless contribution he made to them. That is how you realize the importance of his contribution, and what he did for his soldiers.”For bereaved families, the pain of loss is felt every day, not just Remembrance Day, he stressed.“To the family who lost a loved one, it doesn’t matter when it happened,” he said. “The pain is the same.”In recent weeks, Beit-On spoke to bereaved families who lost family members in his brigade.“Some lost loved ones in the 1960s, and some as recently as 2012, when an officer from the brigade, Lt. Hila Bezaleli, was killed in an accident in Mount Herzl. And you see the power of the pain.”Each family that experienced loss has its own way of dealing with it, he said. Some leave the country during holidays, to escape, others create charities, or monuments, in memory of their fallen sons.“It doesn’t matter if it happened 30 or 40 years ago, or two years ago. The pain doesn’t go away.”