$50,000 from auction of Anne Frank poem to finance Holocaust memorial

It was a highly personal childhood gift. 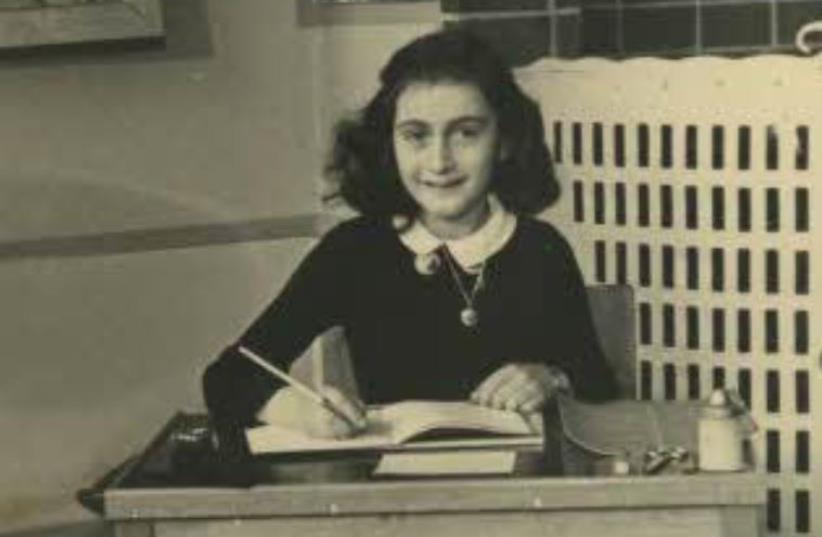 Anne Frank.
(photo credit: Wikimedia Commons)
Advertisement
A friend of Anne Frank who recently sold a poem handwritten by the teenage diarist for $155,000 has donated a third of the money to the building of a Holocaust memorial for Dutch Jews.Jacqueline van Maarsen, who was a childhood friend of Anne Frank, received the poem in the 1970s from her sister, Christiane, who gave her the poem because Jacqueline was closer to Anne, the NOS public broadcaster reported Thursday. The sisters are not Jewish.In November, van Maarsen auctioned off the poem, which is dated March 28, 1942. She told NOS that she will donate a little over $50,000 from the proceeds for the building of a commemorative wall featuring the names of more than 102,000 Dutch Jews who were killed in the Holocaust.Addressed to “Cri-Cri,” Christiane van Maarsen, the poem was signed by Anne Frank. While the first four lines of the text are well known among such poems “written by girls, for girls,” the origins of the final four lines are not known and may have been composed by her.It follows the vein of such poems that often contained a moral about love and friendship, calling on girls to work hard and be diligent.The Frank family went into hiding in Amsterdam three months after the poem was penned. They were discovered, arrested and sent to Nazi concentration camps in 1944. Anne Frank died at the Bergen-Belsen camp in Germany in 1945.Anne wrote in hiding about her life under Nazi occupation. Her diaries were edited and then published by her father, Otto, who was the only member of the family to survive the Holocaust. The book, The Diary of a Young Girl, has been translated into dozens of languages and sold millions of copies.