A new arrival to Calcutta gives its Jewish population a bump, to 9

Flower Silliman has taken it upon herself to preserve the food tradition of the dwindling Jewish population of Calcutta. 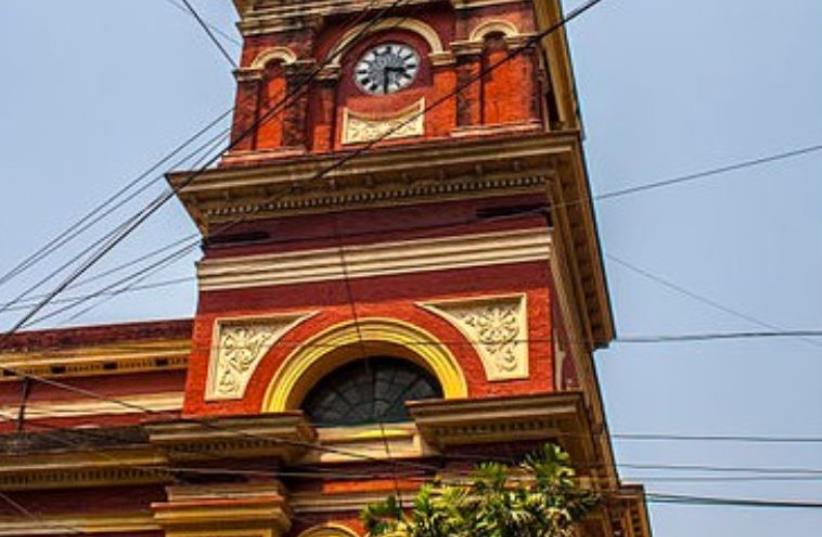 Magen David Synagogue is located at the junction of Brabourne Road and Canning Street in Kolkata and was built in 1884 by Elias David Joseph Ezra.
(photo credit: INDRAJIT DAS)
Advertisement
Flower Silliman, a Jewish woman who was born into the small Jewish community of Calcutta, India, recently moved back home to her place of birth, bumping the community's Jewish population to nine, Times of India reported on Thursday.The 86-year-old cited the capital of the Indian state of West Bengal as the historical center of rich Jewish tradition. Silliman described the city as a safe-haven for Jews in the Diaspora and attributes her motivation to return as "keeping the flame alive.""I have come back to the city because this is where the Jews have lived most safe and free, but unfortunately, this is where our numbers have dwindled the most," Silliman said.According to Silliman, the number of Jews in Calcutta has ebbed from a once-robust community of around 6,000 Jews in its peak, to just nine who have withstood the tests of intermarriage and emigration.She is also the proud keeper of the Calcuttan Jewish community's distinct food heritage, which was an integral part of its culture and livelihood since the late 1700's when the first Jews arrived to the region on the heels of a thriving trade industry."There's so much of mix and match that most of the authentic cuisine that is over 5,000 years old and has its roots in the Middle East, is lost," Silliman lamented. "I am trying to keep the tradition alive by documenting the recipes and rustling up dishes for feasts."