Stark’s brother and store co-owner Bruce Stark personally thanked Sandler for the purchase when he spotted the actor leaving his makeup trailer. 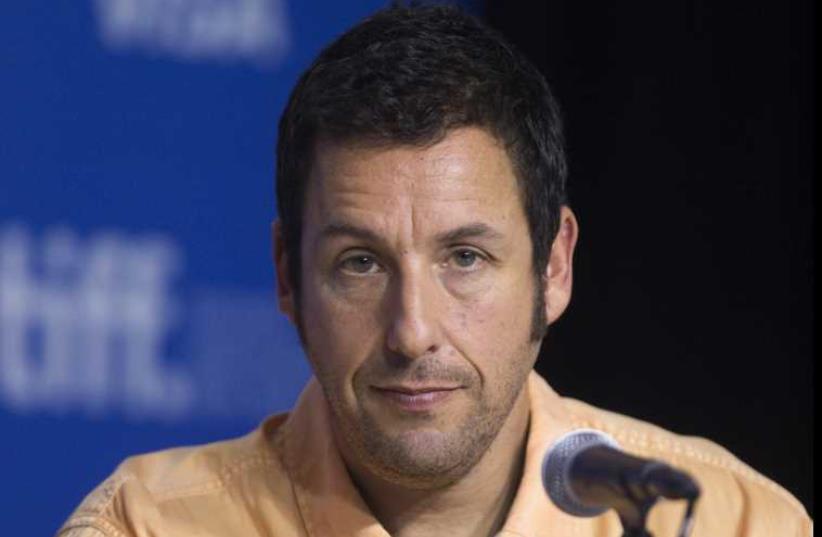 Actor Adam Sandler
(photo credit: REUTERS)
Advertisement
Hollywood star Adam Sandler bought a $150 “plumber’s menorah” at a Jewish-owned Manhattan hardware store.The actor spotted the unusual Hanukkah candelabra in the window of Beacon Paint & Hardware while shooting a Noah Baumbach film,”Yen Din Ka Kissa,” on the Upper West Side and sent a staffer to buy it for him, DNAinfo reported Friday.“I was told he saw it in our store window when he got out of his trailer, which was in front of Beacon Paint, and asked a crew member to go buy it,” store co-owner Steven Stark told DNAinfo.Stark has been making the unusual menorahs out of of pipe fittings as a pet project for about a dozen years. They retail for $150. It is not clear why the store was displaying the creations in March, more than three months after Hanukkah.Stark’s brother and store co-owner Bruce Stark personally thanked Sandler for the purchase when he spotted the actor leaving his makeup trailer.“Whatever he does, he never hides the fact that he’s Jewish,” Bruce Stark said, recounting that he told Sandler he admires his “The Chanukah Song.” “He’s as proud of being Jewish as I am.”Stark said he tried to give Sandler his money back and make the menorah a gift, but Sandler insisted he keep it.“‘You don’t give it away to a guy who makes a lot of money, you charge him for it,'” Sandler said, according to Stark.According to DNAinfo, the Baumbach film, parts of which are being shot this week on West 78th Street near Amsterdam Avenue, also features Jewish actors Ben Stiller and Dustin Hoffman, whose discovery of his Jewish family history recently made headlines.That’s two more potential customers for the Stark brothers.