Series of antisemitic tweets claim that Kushner is manipulating Trump and leading the United States into war for Israel’s benefit. 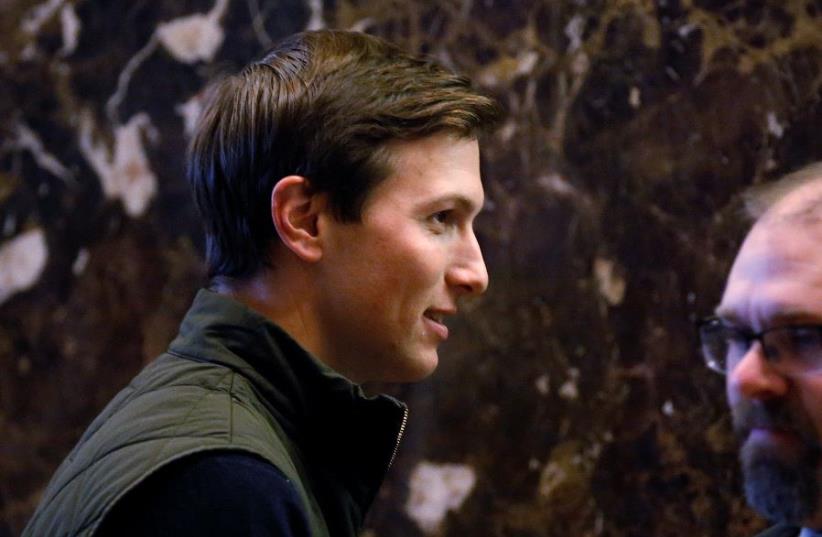 Husband of Ivanka Trump, Jared Kushner outside Trump Tower in New York
(photo credit: REUTERS)
Advertisement
Anti-Semitic invective against Jared Kushner has shot up recently, according to a report by the Anti-Defamation League.The ADL report, published Monday, documents a series of antisemitic tweets from white supremacists directed at Kushner, an Orthodox Jew and President Donald Trump’s senior adviser and son-in-law. The tweets, sent by leading antisemites like David Duke and Richard Spencer, claim that Kushner is manipulating Trump and leading the United States into war for Israel’s benefit.“#FireKushner No one voted for Kushner,” Spencer tweeted on April 7. “Indeed, many of us voted against people like Kushner having power.” On Saturday, Duke tweeted, “We are being brought down from within. ZIO [Zionist] Supremacists are the true enemy of the American people… not Assad, not Putin. #FireKushner”


“This campaign of anti-Semitism has been driven by white supremacists and anti-Semites and has all the hallmarks of classic Jewish conspiracy theories,’ the ADL wrote in a blog post.
Trump decries antisemitism after long silence (credit: REUTERS)
The tweets come in the context of a feud in the White House between Kushner and Stephen Bannon, Trump’s populist chief strategist who used to run the site Breitbart News, which he called “the platform for the alt-right.” As Kushner’s stock has apparently risen in the White House, white supremacists have responded in a number of ways from claiming Kushner is a front man for Trump’s white nationalist views to smearing him as a nefarious adviser who controls Trump.An ADL report in October found that “more than 2.6 million tweets containing language frequently found in antisemitic speech were posted across Twitter between August 2015 and July 2016.”Kushner is the husband of Ivanka Trump, the president’s daughter. She converted to Judaism before the couple married in 2009.