Referring to the arrest of the disgraced former journalist suspected of making bomb threats, ADL NY leader Bernstein heeded against the 'unprecedented' wave of antisemitism in the US. 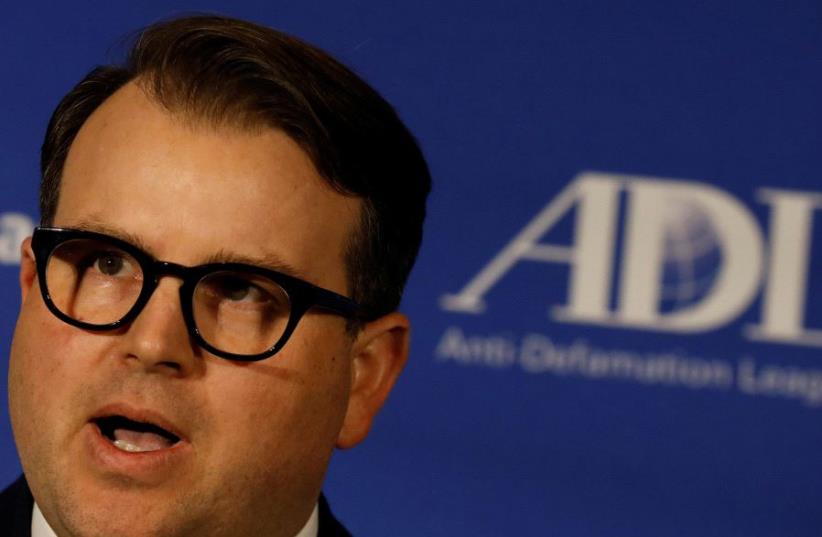 Evan Bernstein, the Anti-Defamation League's New York regional director.
(photo credit: REUTERS)
Advertisement
Thanking the FBI and police for the arrest of Juan Thompson, who allegedly made eight bomb threats to Jewish institutions, the Anti-Defamation League called the current wave of antisemitic acts “unprecedented.”“Law enforcement at all levels is a close friend to the Jewish people in America,” Evan Bernstein, ADL’s New York regional director, said at a news conference Friday. “Just because there’s been an arrest today around our bomb threats does not mean that the threats have disappeared or will stop.”Earlier in the day, sources told the media that Thompson was a “copycat” and that the investigation continued into finding the hoaxers behind the dozens of other bomb threats reported since January.The news conference was convened after law enforcement announced Friday that Thompson had been charged in connection with the deluge of bomb threats received this year by Jewish institutions. Thompson, 31, of St. Louis, allegedly made bomb threats to JCCs, Jewish schools and an ADL office as part of his cyberstalking of a former romantic partner.The ADL and several other Jewish groups had met Friday with FBI Director James Comey. According to a statement from the groups in attendance, which were not listed but included the ADL, the Jewish Federations of North America and the JCC Association of North America, the meeting concerned recent antisemitic acts and collaboration between Jewish institutions and law enforcement.“All the organizations in attendance expressed the deep gratitude of the entire community for the extraordinary effort that the FBI is applying to the ongoing investigation,” the statement said. “The representatives of the Jewish community left with the highest confidence that the FBI is taking every possible measure to resolve the matter as quickly as possible.”According to statistics compiled by the New York Police Department, antisemitic acts have nearly doubled in early 2017 as compared to one year earlier. The ADL said that due to the reach of the internet and the quantity of recent bomb threats, white supremacists are more emboldened than ever. “We’re in unprecedented times,” said Oren Segal, director of the ADL’s Center on Extremism. “We’ve never seen, ever, the volume of bomb threats that we’ve seen. White supremacists in this country feel more emboldened than they ever have before because of the public discourse and divisive rhetoric.”
St. Louis man charged over bomb threats to Jewish groups
In total, more than 100 Jewish institutions, mostly JCCs, have received bomb threats since the beginning of the year. The last two weeks saw vandalism at Jewish cemeteries in Philadelphia, St. Louis and Rochester, New York, as well as two more waves of bomb threats called into JCCs, schools and institutions across the country, representing the fourth and fifth waves of such harassment this year. No explosive device was found after any of the calls.The ADL called on President Donald Trump to take action against anti-Semitism, including by directing the Department of Justice to launch a civil rights investigation into the threats, and by creating a federal interagency task force on combating hate crimes chaired by the attorney general.“We need action to stop these threats,” Bernstein said. “History shows that when anti-Semitism gains the upper hand, courageous leaders need to speak out and take action before it’s too late.”Segal said the ADL has been tracking Thompson, a disgraced former journalist, since he fabricated the identity of a cousin of Dylann Roof, the gunman who killed nine at a church in Charleston, South Carolina, in 2015.On its Twitter feed Friday, the ADL posted information gleaned from the US Attorney’s complaint and media portraying Thompson as a former journalist — he was fired from his job at the online news site The Intercept for inventing quotes and sources — who had recently “became more hostile to whites in general.”