Pointing to recent incidents motivated by anti-Semitic sentiments, Cameron says he will work to "stamp out such hatred." 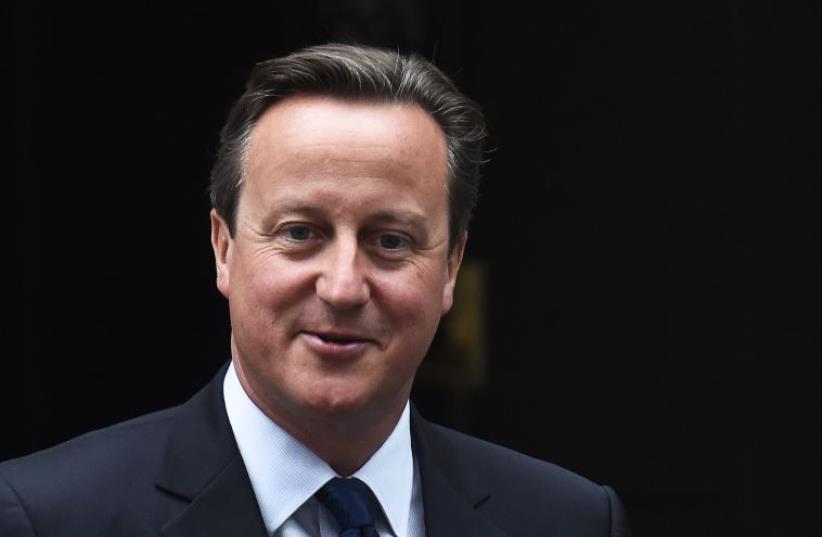 British Prime Minister David Cameron
(photo credit: REUTERS)
Advertisement
British Prime Minister David Cameron on Friday wished a "very sweet new year" to the Jewish community in Britain and around the world ahead of the Jewish High Holy Days."Shana tova and gmar chatima tovah," said the British prime minister in his holiday message.  Cameron lauded what he said was the Jewish emphasis on "responsibility for creating a better, fairer society for everyone," adding that such values contributed to the community's "immeasurable contribution to all areas of British life."Pointing to recent incidents motivated by anti-Semitic sentiments, Cameron said he would work to "stamp out such hatred.""Jewish communities must not be left to live in fear," he stressed in a statement issued by the British Embassy in Israel. Cameron also vowed to maintain Britain's promise to remember the Holocaust. "The UK Holocaust Memorial Foundation which I set up with cross party support is already undertaking urgent work to capture the testimony of British holocaust survivors and to ensure that the lessons of the darkest chapter of our history are never forgotten," he said.