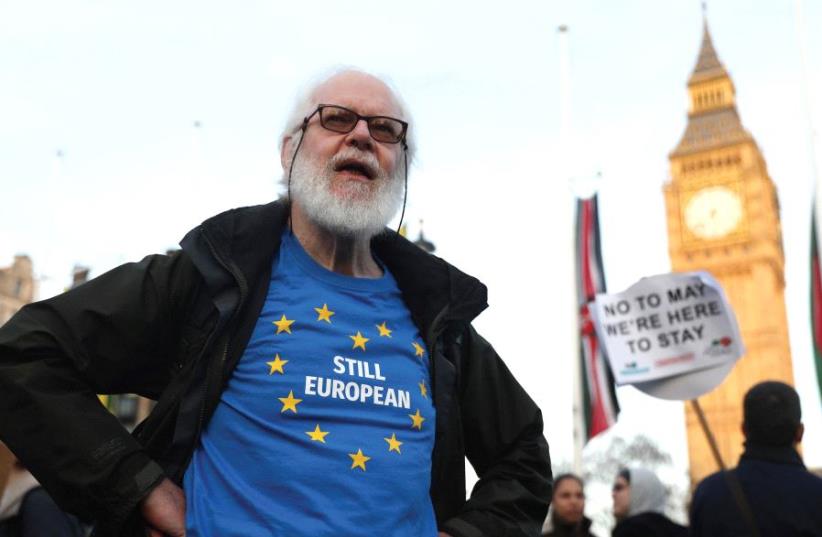 NOT FOR much longer. A man protests against Brexit in London.
(photo credit: REUTERS)
Advertisement
An online petition appealing British Prime Minister Theresa May to cancel Brexit attracted so much online traffic it caused the site of the UK parliament to crash on Thursday morning, Politico reported.
House of Commons leader Andrea Leadsom said the petition is not as important as the 2016 Brexit referendum but that "should it reach 17.4 million respondents then I am sure there will be a very clear case for taking action."
The petitions committee said this was the highest rate of signing it had ever witnessed.
The petition was initiated by Margaret Anne Georgiadou, who said she thought "it's almost like a dam bursting…it's almost like a last-chance saloon now."
The petition called on May to revoke Article 50 of the Treaty on the European Union believing that would prevent the UK exiting the EU.
May said she had no intention of doing so as people voted to leave the EU and were told their decision will be respected, the BBC reported.
Petitions on the parliament site are considered for debate if they reach 100,000 signatures but rarely lead to a chance in the law.