The politician, Ralf Stegner, has previously called on Germany to stop all weapons deliveries to Israel. 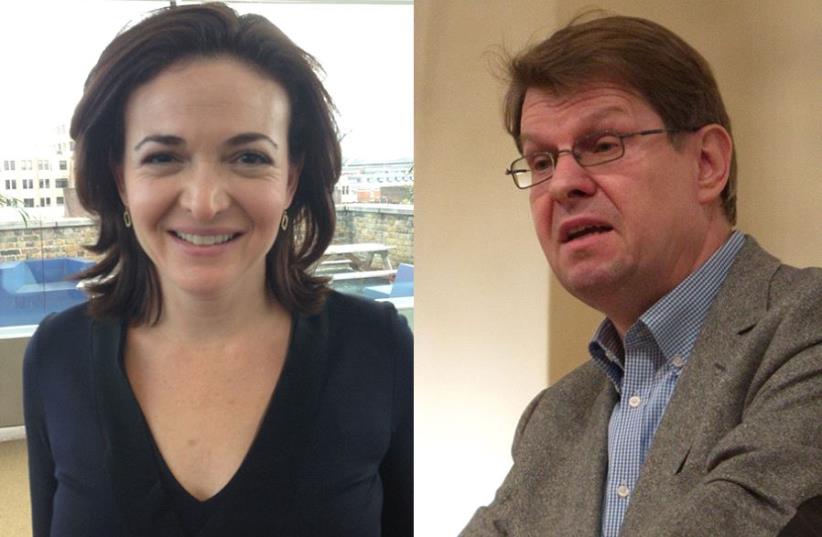 Sheryl Sandberg and Ralf Stegner
(photo credit: CELLANR/WIKIMEDIA,ATAMARI/WIKIMEDIA)
Advertisement
The deputy head of Germany’s Social Democratic Party equated the Jewish Facebook COO Sheryl Sandberg with a neo-Nazi terrorist on Sunday for her attendance at a Trump administration hi-tech meeting.The politician, Ralf Stegner, who has previously called on Germany to stop all weapons deliveries to Israel, wrote on his Twitter feed about a picture of Sandberg next to US Vice President Mike Pence: “I thought that Ms. Tschzäpe is in jail.”It appears that Stegner intentionally misspelled the name of the National Socialist Underground member Beate Zschäpe, who is currently on trial for a campaign of terrorist attacks. She is believed to be a key member of the neo-Nazi NSU group, which murdered eight Turkish and one Greek immigrants between 2000-2006. The NSU cell also murdered a German police officer.Zschäpe has been on trial since 2013.After criticism on Twitter, Stegner deleted the tweet. Stegner is from the left-wing of the Social Democratic Party, which is a coalition partner in Chancellor Angela Merkel’s government.Stegner later tweeted on Sunday: “Sorry, commentary was mistake – was therefore immediately deleted. The tastelessness associated with it was not intentional.”Dr. Efraim Zuroff, the head of the Simon Wiesenthal’s Jerusalem office, told The Jerusalem Post on Monday, “Let me be clear: Mr. Stegner has a really serious problem, namely, antisemitism. It is not clear to me how a person who has been prejudiced can be vice president of the SPD.”Zuroff, the organization’s chief Nazi-hunter, asked, “How can he be taken seriously as head of that body?” In 2014, Stegner sought to stop German weapons deliveries to the Jewish state. The Post learned from participants at the September World Jewish Congress in Berlin that attendees questioned German Foreign Minister Sigmar Gabriel about his party’s vice president, Stegner.Gabriel rebuked Stegner, saying the SPD deputy does not speak for the party on the matter.Anja Strieder, a spokeswoman for the SPD executive board, wrote the Post on Monday that “Stegner regrets the tweet” and the tweet was meant as an “ironic tweet against Donald Trump.” She said that Stegner is not across the board against weapons deliveries to Israel.He has argued in a “differentiated” way in the past. She declined to say what she meant by “differentiated.”Strieder said Stegner has in no way learned false lessons from the Holocaust, adding he has visited Israel many times and went to Yad Vashem.Facebook had no comment on this report.