The terrorist, who is known for his antisemitic stand and endorsement of the Palestinian cause, is facing trial on Monday for the deadly 1994 bombing of a Paris store. 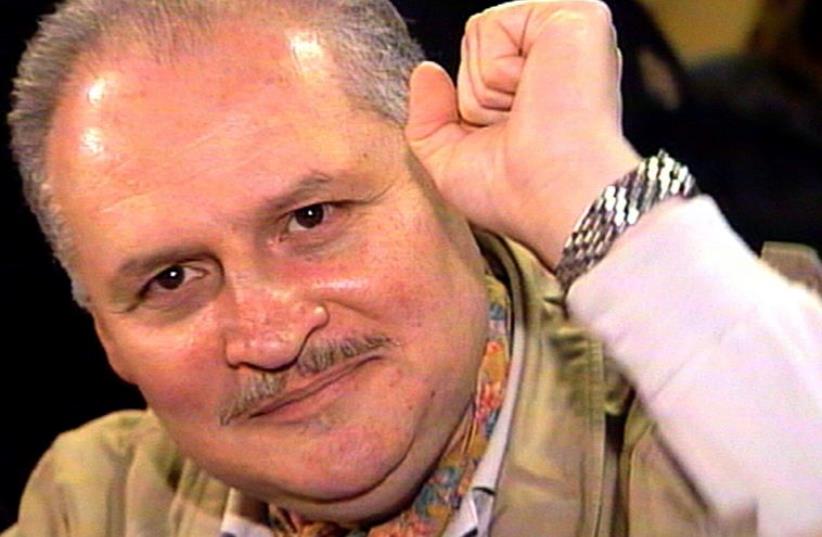 lich Ramirez Sanchez, better known as "Carlos the Jackal", raises his fist as he appears in court in Paris November 28, 2000
(photo credit: REUTERS)
Advertisement
Carlos the Jackal, the 67-year-old Venezuelan terrorist who executed horrific terror attacks in the 1970s and early 1980s , will be tried in France on Monday for the deadly bombing of a Paris shop he has allegedly committed 40 years. Carlos, whose real name is Ilyich Ramirez Sanchez, was apprehended in 1994 by French police and is serving a life sentence for the murder of two French policemen and a Lebanese revolutionary. He had also been convicted for four bombings in the cities of Paris and Marseille in the early 1980s, which resulted in the death of 11 people and injured close to 150.
Carlos the Jackal to face trial again in Paris (credit: REUTERS)
Carlos, who is known to be sympathetic with the Palestinian cause not unlike multiple modern-day lone wolf terrorists who target Western countries in the name of political and religious agendas, is the former leader of a gang that attacked targets for pro-Palestinian causes. The international terrorist has expressed his hatred of Jews and the Jewish state on numerous occasions in the past. As AFP reported in 2014, while in prison Carlos verbally attacked a female prison official, calling her an "Israeli," "Zionist" and "dirty Jew." He was later fined for his antisemitic lashout. In a different antisemitic incident that occurred in 2009, Carlos issued a campaign in which he endorsed France's Anti-Zionist Party. He expressed his solidarity with the views of the anti-Israel party in a move that came after he had blamed Israel for framing him in the three murders he was charged with. Carlos, who joined the Front for the Liberation of Palestine back in 1970, has made multiple remarks against Israel in the past, with one of them being that Israel was "the first terrorist state in history." He has also proudly claimed once that he was related to the deadly 1972 Munich Massacre in which 11 Israeli Olympic team members were slain in an antisemitic attack. Some have reinforced his claim over the years, saying that Carlos was actually the mastermind behind the attack. As France continues to reel from Jihadist-inspired terror attacks that have plagued the country in recent years, Carlos's trial this week will determine the verdict for the self-described "professional revolutionary" allegedly in charge of the bombing of a drugstore in the heart of Paris that caused the death of two and injured 34. AFP and Benjamin Weinthal contributed to this report.