It is virtually assured that yet more slings and arrows will fly before all is said and done - the UPJ could even break apart. 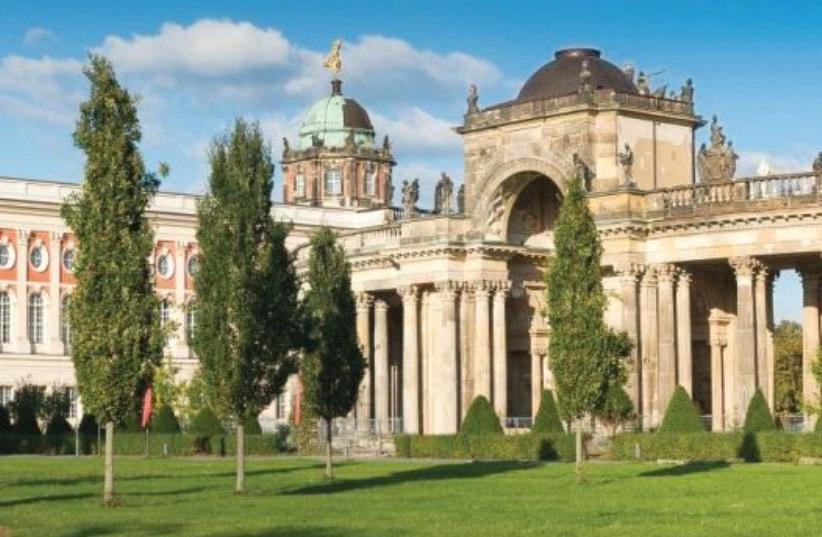 The fight over control of Germany’s Reform rabbinical school has taken a new twist — one that appears poised to shatter longstanding institutions within liberal Judaism here, and reforge them into something new.

The Central Council of Jews in Germany announced Thursday that it is bringing in an outside expert to help redesign the country’s Reform and Conservative rabbinical schools, to end the influence of a controversial Reform rabbi who stepped aside as rector amid allegations against him this spring but who remains enmeshed in the schools’ operations.

Gerhard Robbers, a professor emeritus of law and religion at the University of Trier, will consult with students and staff as he drafts the proposal, according to the Central Council, an umbrella group for all organized Jewish communities in Germany.

Robbers’ appointment came as the Union of Progressive Jews in Germany this week announced its own interim director for Abraham Geiger College, in what appeared to be a last-ditch effort to preserve control by Rabbi Walter Homolka over the seminary he founded in 1999.

The Central Council announced it could no longer work with the UPJ after the group’s move to install the new interim director, a striking fracture in an alliance that Homolka himself had pressed to create two decades ago.

At the same time, the UPJ could now splinter, with those who are loyal to Homolka facing off against those who believe change is needed.

“Some member communities are now considering leaving the UPJ and reorganizing under the Central Council. We feel we are not represented any more by the UPJ,” Rebecca Seidler, head of the liberal Jewish communities of Hanover and chair of the State Association of the Jewish Communities of Lower Saxony, told the Jewish Telegraphic Agency.

In a sign of how deeply the tensions are cutting within Germany’s small community of liberal Jews, Seidler and her mother have wound up on opposing sides of the divide. Rebecca Seidler is the daughter of Katarina Seidler, the attorney whom the UPJ named this week as new interim director of the seminary. Rebecca Seidler described the differences within her family as “very difficult.”

Sources tell JTA that there is talk of a new alliance of liberal, egalitarian communities under the Central Council’s aegis. Josef Schuster, the council’s president, confirmed as much on Thursday, telling JTA that his group is in talks with representatives from communities across Germany.

“Those that wish to step out of the UPJ will be supported intensively, and also we will support them in creating a worthy representation of liberal/progressive Judaism in Germany,“ Schuster said.

"We feel we are not represented any more by the UPJ.”

Head of the liberal Jewish communities of Hanover, Rebecca Seidler

The latest developments mark a dramatic new phase in a saga that has been unfolding since May, when allegations of sexual harassment against Homolka’s husband and a possible coverup at the seminary hit the news. Ensuing investigations by the University of Potsdam, under whose auspices the rabbinical schools are organized, and by a law firm commissioned by the Central Council looked into a growing array of accusations of abuse of power by Homolka.

Both investigations concluded that there was indeed abuse of power — a finding that Homolka has vigorously denied, and that the UPJ has contested.

In a post on its website, the UPJ had officially announced that an investigation it had commissioned had concluded that there was no proof of abuse of power.

Schuster of the Central Council — which represents some 100,000 Jews in Germany, of which the UPJ says 5,000 are members of its congregations, and is responsible for distributing government subsidies and so-called “religion tax” monies to local Jewish communities — told JTA that the post had convinced him that the “the UPJ is not to be taken seriously.”

“There are two studies that actually show abuse of power, but this is an organization that continues to cover up,” he said. The post was removed Thursday.

Attorney Gabriele Thöne, interim director of the Abraham Geiger College and former state secretary, and attorney Micha Guttmann, photographed during a press conference about allegations of sexual harassment against the director of the college, in Potsdam, Germany, June 1, 2022. (credit: Soeren Stache/picture alliance via Getty Images)

Schuster’s frustration deepened on Tuesday, when the UPJ and seminary installed Katarina Seidler as the interim director of Geiger College, two days after an election in which allies of Homolka assumed leadership of the organization. (Homolka had announced only that day that he would not run.) Just that morning, the Central Council had been speaking with Gabriele Thöne, still Geiger College’s interim director, about a “face-saving solution” that would involve her resignation and replacement by someone without ties to Homolka.

“Anyone who thinks they can just carry on providing a rabbinical education with the old followers of Homolka, with him continuing in the background of the entity that he — and not the UPJ — founded, with all its entanglements and dependencies, has not taken seriously in any way the results of the independent investigations of the University of Potsdam and the law firm Gercke Wollschläger,” Schuster said in a statement Wednesday.

Schuster told JTA that Geiger College is set up in such a way that Homolka has retained authority despite saying that he had stepped aside.

“It is not just a feeling that he is in control,” Schuster said. “It is the case on a purely legal basis.“

As yet, there has been no formal response from Abraham Geiger College to the Central Council’s withering condemnation. But Irith Michelsohn, the UPJ’s newly elected chair, told JTA in an email Thursday that her group would “definitely try to find a basis for discussion” with the Central Council.

“It is not just a feeling that he is in control.”

President of the Central Council of Jews in Germany, Josef Schuster

“Perhaps this is difficult at the moment, but we will see what the new secular year will bring,” she said.

The UPJ move apparently also caught the World Union of Progressive Judaism unawares. The same day, the group had expressed support for Thöne along with “deep sadness and sorrow” following “the recent reports about the misconduct, and the hurt to individuals and their communities.”

In an open letter, WUPJ Chair Carole Sterling and President Rabbi Sergio Bergman set out a list of priorities and said they appreciated the ongoing commitment of federal and regional German ministries and the Central Council “to continue to fund Geiger College while new structures and leadership are put in place.” They also pledged their own assistance.

Support from the Central Council for Geiger College is likely to continue, sources say.

All of the latest turmoil takes place days after the ordinations of four new rabbis and two cantors who studied at the Geiger College, which has become a symbol of the rebirth of Reform Judaism in the country of its founding. Held at the Rykestrasse Synagogue in former East Berlin, complete with organ music and a processional, the ceremony — which observers described as joyous — was likely the last before major changes to how the seminary operates.

Schuster said a new plan — with input from students, educators and rabbis, and in coordination with other major funders and the University of Potsdam — could be presented in the first quarter of 2023.

“Rabbinical training as a private business can no longer be an alternative in the future,” the statement concluded.

The announcement was welcomed by the International Masorti Movement, a partner and supporter of Zacharias Frankel College, the Conservative movement’s seminary, which like Geiger College is situated at the University of Potsdam. In a statement on Thursday, it called on all stakeholders “to listen to the voices of those who suffered from misconduct and to take the investigations of the University and of the law firm Gercke Wollschläger seriously, and work together for a new beginning, both regarding persons as well as structures.”

It is virtually assured that yet more slings and arrows will fly before all is said and done — and that Homolka continues to loom large in the organizations he built.

At the recent UPJ meeting where Homolka allies won election, “it became clear that there are two fronts in the UPJ,” Rebecca Seidler told JTA: “Those who support Homolka and want to separate from the Central Council, and those who are in favor of taking apart the existing structures, and who stand on the side of those affected.”