In a statement, republished Saturday by the Washington Post, Catholic Memorial President Peter Nolan said that the school was “deeply disturbed” by the incident. 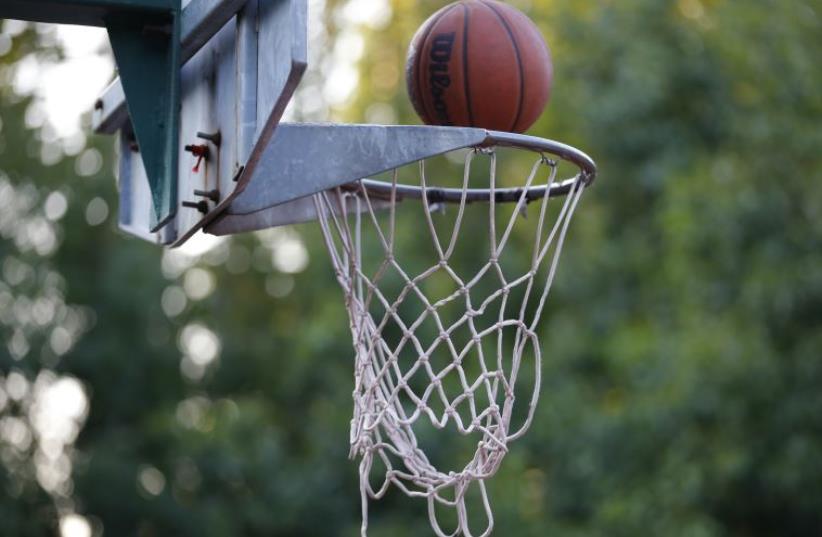 basketball hoop
(photo credit: REUTERS)
Advertisement
NEW YORK – Supporters rooting for a Catholic school team during a high school basketball game this weekend shocked opposing fans, many of whom were Jewish, when they began repeatedly chanting “You killed Jesus.”Fans of Boston’s Catholic Memorial School began the anti-Semitic cheer during a Friday evening game against Newton North High, after students from the public school – which has a large Jewish student population – shouted “Sausage fest” at their opponents in an apparent reference to the Catholic school’s exclusively male student body.“I am serious. MIAA [Massachusetts Interscholastic Athletic Association] should consider fining schools whose fans use hate speech. I’m sick of dealing with these stories,” tweeted Brendan Hall, the High School Sports Editor for ESPN Boston, intimating that this is far from a rare occurrence.Hall did give credit to Catholic Memorial’s administration for “scolding its fans” after the school’s principal compelled those who took part to apologize on the spot.Catholic Memorial President Peter Nolan said in a statement, republished Saturday by The Washington Post, that the school was “deeply disturbed” by the incident and that “CM faculty and staff acted immediately to stop the behavior,” with “each student personally apologiz[ing] to the principal of Newton North High School and [shaking] his hand before leaving the arena.”Newton has seen three incidents of anti-Semitic graffiti over the past several months, including an incident in which “burn the Jews” was written in a bathroom in a middle school, according to The Boston Globe.The principal of Newton North High contacted the Anti-Defamation League, which was in touch with all of the parties involved.“We are deeply concerned as to why these fans thought chanting hateful, anti-Semitic speech at a high school basketball game was appropriate.Hate speech should have no place in the stands of any sporting event,” the New England branch of the Jewish organization stated on its Facebook page Saturday.Immediately prior to Friday’s incident, Boston Cardinal Seán O’Malley told worshipers at a local synagogue that the graffiti incident “certainly underscores the need for ongoing education and dialogue around these issues,” according to the Globe.O’Malley also called on Catholics to look into the Jewish origins of their religion, WBUR reported.On Saturday evening the American Jewish Committee praised the school’s handling of the incident.“Incidents like this underscore that anti-Semitism persists.We are gratified, however, that the Catholic Memorial High School principal took immediate and firm action,” said Robert Leikind, AJC’s New England regional director, and Regional President Mel Shuman.“Cardinal O’Malley and the Catholic Archdiocese of Boston have been deeply committed to the fight against anti-Semitism. This is a teachable moment and we are confident that our friends in the Catholic community will make it just that.”