The new warehouse was created to better preserve the historically-significant artifacts previously worn by inmates of the Nazi concentration and extermination camp.

By JOY BERNARD
Visitor observes the display at the Auschwitz Birkenau Memorial and Musuem.
(photo credit: REUTERS)
Advertisement
The Auschwitz-Birkenau Memorial and Museum has completed the construction of textile warehouses designated for the display of prisoners' clothes, the museum announced Thursday. Work for the project, funded by the Auschwitz-Bireknau Foundation, started back in 2014 as part of the museum's efforts to improve existing preservation methods. The overall goal is to give longevity to the significant historical artifacts that silently stand testimony to the horrors that took place in the concentration and extermination camps managed by the Nazi regime during World War II.Magadalena Emilewicz-Pióro, a conservator and deputy head of the collections department in the museum, explained that the important addition to the new textile warehouses is the specialized cabinets that were created for the purpose of storing the decades-old garments. "The major task was the construction of specialized cabinets for storing textiles that compiled all conservation requirements," she said. Hanna Kubik, who coordinated the project at the museum, added that the new cabinets are "equipped with various storage systems for textiles, such as rollers, drawers and shelves. The cabinets were designed for the storage of specific types of objects." 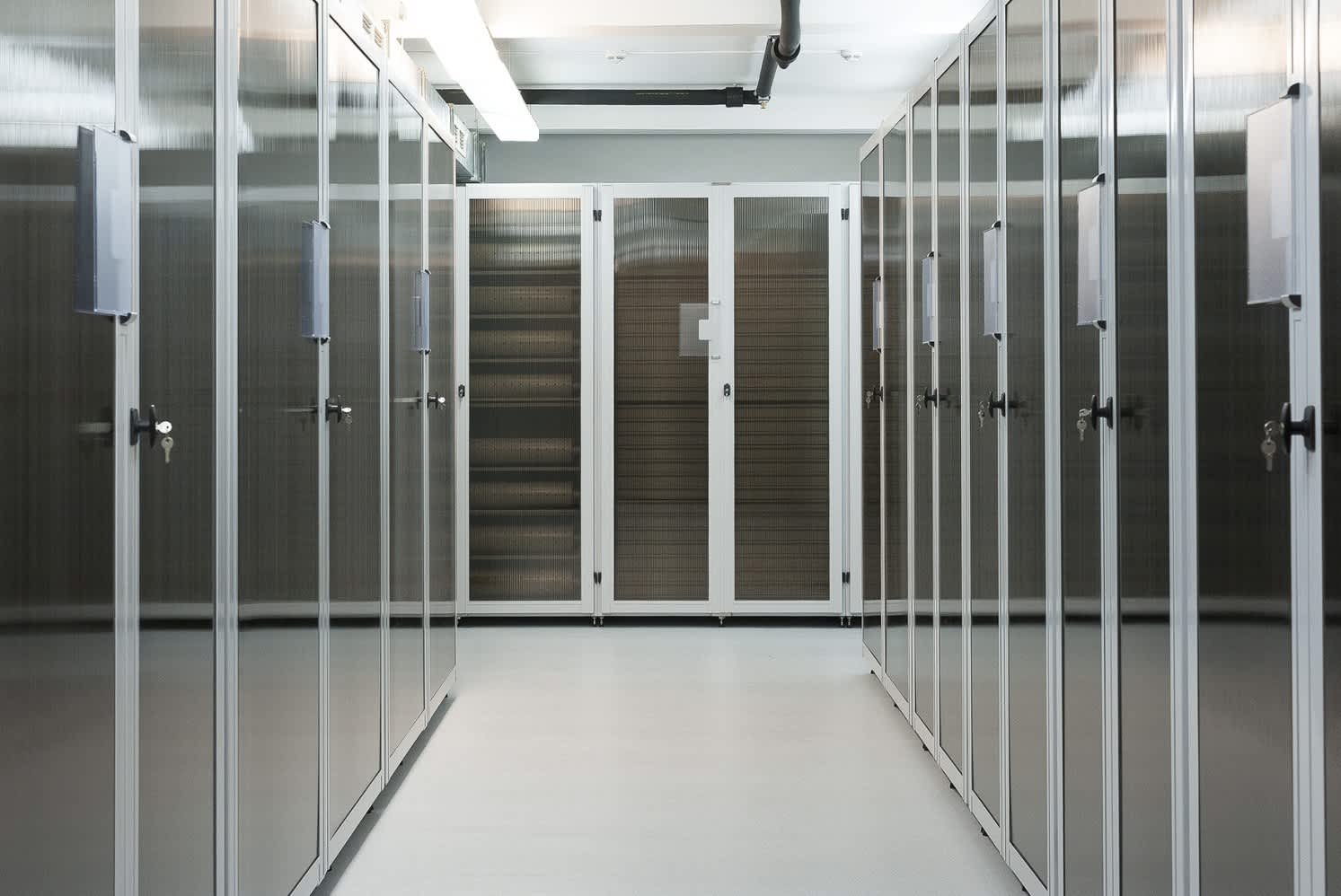 The new storage facility at the museum.
Some 350 of the striped uniforms that are so synonymous with the terrifying, well-known images of the emaciated war prisoners at the camps will be transferred to the modernized warehouses. Also expected to be stored there are 250 tallitot and items of clothing that belonged to the camp's inmates, primarily Jews deported for extermination. Previously, "the camp clothes were folded and stored in boxes... storing them in such conditions could cause damage and significant adverse effects to the preserved fabrics," Emilewicz-Pióro explained. The museum is known for its historically valuable and diverse display of different items utilized by those imprisoned in Auschwitz, with one of the most daunting displays consisting of a roomful of piles of shoes worn by the prisoners before they had been stripped away of personal belongings upon entering the camp, as well as fully intact clogs worn by prisoners and provided to them by the Nazi regime.