Kertesz won the Nobel Prize for works the judges said portrayed the Nazi death camps as "the ultimate truth" about how low human beings could fall. 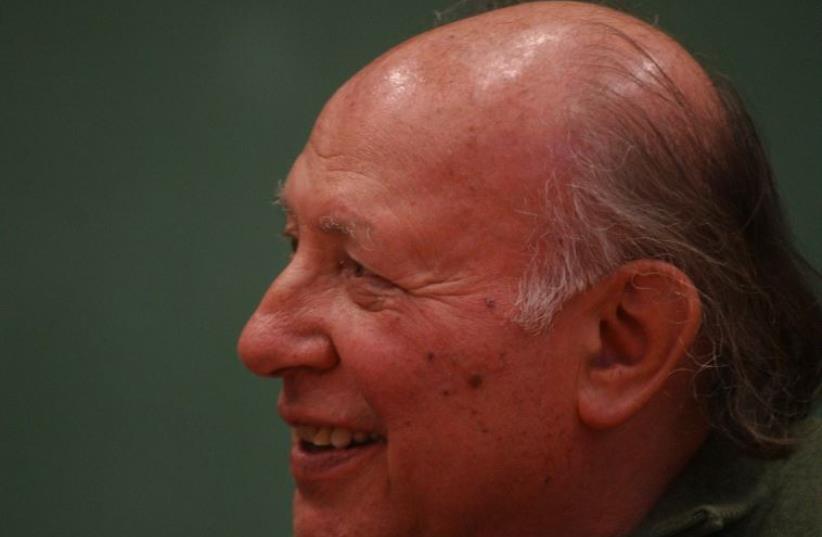 Imre Kertesz
(photo credit: WIKIMEDIA COMMONS/CSABA SEGESVÁRI)
Advertisement
BUDAPEST - Hungarian novelist and Auschwitz survivor Imre Kertesz, winner of the 2002 Nobel Literature Prize, died on Thursday at the age of 86 after a long illness, the state news agency MTI reported, citing his publisher.Kertesz became a Nobel laureate for works the judges said portrayed the Nazi death camps as "the ultimate truth" about how low human beings could fall.As a Jew persecuted by the Nazis, and then a writer living under repressive Hungarian Communist rule, Kertesz went through some of the most acute suffering of the 20th century and wrote about it in both direct and delicate prose.He won the $1 million Nobel prize for "writing that upholds the experience of the individual in the face of a barbaric and arbitrary history," the Swedish Nobel Academy said when it awarded literature's highest honor.In his work, Kertesz returns repeatedly to the experience of Auschwitz, the camp in German-occupied Poland where more than one million Jews and other victims of Hitler's Third Reich died."He is one of the few people who manages to describe that in a way which is immediately accessible to us, (those) who have not shared that experience," Horace Engdahl, permanent secretary of the academy, said in 2002.Kertesz's defining first novel, "Fateless" - a first-person story of a boy's survival in a concentration camp - was written between 1960 and 1973, and rejected for publication at first by Hungary's Communist regime.It was finally released in 1975 but initially largely ignored the public. Kertesz wrote about that in "Fiasco" (1988), seen as the second volume of a trilogy closed by "Kaddish for a Child not Born" (1990).Kaddish is the Jewish prayer for the dead, and in that novel, Kaddish is said by the protagonist for the child he refuses to beget in a world that allowed Auschwitz to exist.Born in Budapest in 1929, Kertesz was deported to Auschwitz in 1944, and on to the Buchenwald concentration camp in eastern Germany whose prisoners were liberated by U.S. forces in 1945. He returned to Hungary and worked as a journalist, but lost his job in 1951 when his paper adopted the Communist Party line.Kertesz was the first Hungarian to win the Nobel literature prize, though Hungarians had already won Nobel science awards.He spent the better part of the decade after winning the award in Berlin, where he produced his last works, and later returned to Budapest. He suffered from Parkinson's disease, and rarely left his Budapest home.