On the first night of Rosh Hashana, “assailants put tyres around the Menorah, poured an inflammatory liquid over them and set them alight,” the Kharkiv Human Rights Protection Group reported. 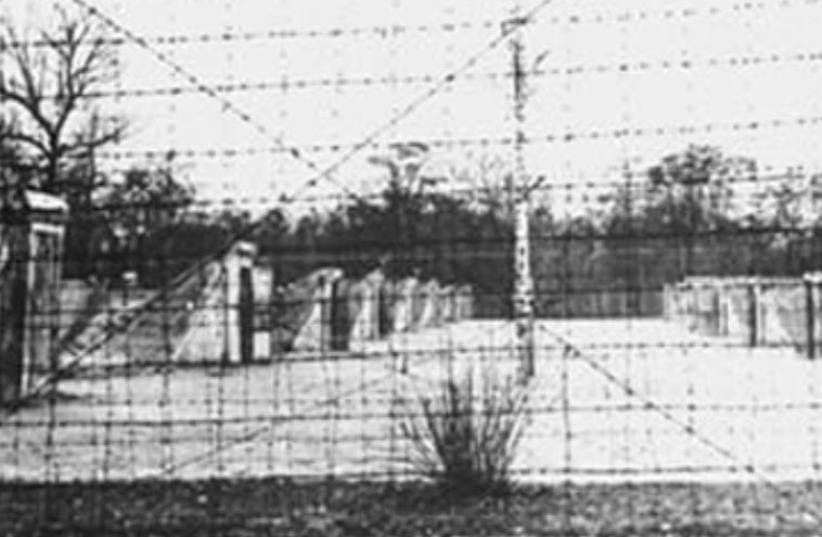 Syrets (Syretskij) concentration camp, a Nazi German concentration camp erected in 1942 in a Kiev's western neighborhood of Syrets, near Babi Yar.
(photo credit: PUBLIC DOMAIN)
Advertisement
A memorial at the Babi Yar ravine in Kiev was set alight Sunday, the sixth time that the Holocaust massacre site was desecrated this year. Some 33,771 Jews were killed in a two-day massacre at the Babi Yar ravine in September 1941.On the first night of Rosh Hashana, “assailants put tires around the menorah, poured an inflammatory liquid over them and set them alight,” the Kharkiv Human Rights Protection Group reported.In photos posted on the Evreimir (Jewish World) website, the memorial’s menora was shown blackened and covered with soot.According to the Euro- Asian Jewish Congress, which tracks anti-Semitic activity in Ukraine, the incident bore similarities to the desecration of another Holocaust memorial in Melitopol late last month.In four separate incidents in January, June, and September, swastikas were found daubed on the monument and in July a “foul-smelling liquid” was sprayed there, according to the KHRPG, which stated that nobody had taken responsibility for the latest attack. Two of the attacks were timed to coincide with Adolf Hitler’s birthday and International Holocaust Memorial Day. In 2014, the monument was targeted three times.Sunday’s incident was “probably the worst” of the lot, said Eduard Dolinsky of the Ukrainian Jewish Committee Wednesday, calling on “all Jewish organizations to meet and work out [a] united response.”In a joint statement, a number of Ukrainian Jewish leaders decried what they deemed to be insufficient police protection of the site.“To everyone’s outrage, public authorities and law enforcement agencies have not taken during this time of effective measures to prevent attacks on the landmark,” wrote Josef Zissels of the Vaad of Ukraine, Arkady Monastic of the Jewish Council of Ukraine, Igor Kuperberg of the Jewish Forum of Ukraine and Victoria Godik of the World Union of Jewish Students.On several occasions criminal proceedings were initiated and subsequently closed for lack of evidence and the Jewish community “requires immediate, thorough and comprehensive investigation into these crimes” including security cameras and regular police patrols, they demanded.Zissels and his colleagues added that it is possible that the attacks were initiated as provocations in order to discredit Ukraine as part of its ongoing military conflict.According to the EAJC, while anti-Semitic violence was low compared to western Europe, vandalism spiked in Ukraine last year.Popular targets for vandals were Holocaust memorials such as Babi Yar. Several synagogues in Zaporizhya, Simferopol, Mykolaiv, Kiev, and Hust also were targeted in attempted arson attacks.JTA contributed to this report.