Dr. Alexander Brenner, 90, a tireless defender of the State of Israel and one of the most remarkable Jews in post-Holocaust Germany, served as a diplomat in Germany’s embassy in Tel Aviv. 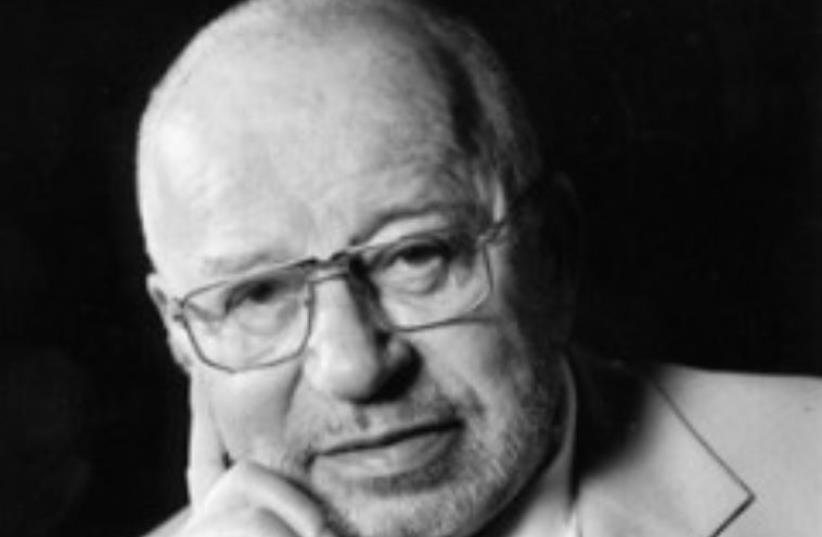 Alexander Brenner
(photo credit: DIE JÜDISCHE)
Advertisement
BERLIN – Dr. Alexander Brenner, former head of Germany’s largest Jewish community and revered for his moral clarity and engaging humanity, passed away on Wednesday in Berlin’s Benjamin Franklin hospital.Brenner, 90, a tireless defender of the State of Israel and one of the most remarkable Jews in post-Holocaust Germany, served as a diplomat in Germany’s embassy in Tel Aviv from 1982 to 1990.Head of Berlin’s Jewish community from 2001- 2004, Brenner – or Sascha to his friends – steered the integration of many Russian- speaking Jews. He spoke six languages, including Russian, and was thus uniquely equipped to work with the new Jewish immigrants from the former Soviet Union.Quoting the Israeli poet Natan Zach, the chairman of Berlin’s over 10,000 member Jewish community, Gideon Joffe, said in a moving tribute at Brenner’s funeral service on Friday: “Who can speak seven languages is not a genius, rather a refugee.”Brenner was born in the southeastern Polish town Tomaszów Lubelski in 1925.He was raised in a Yiddish-speaking family, whose shtetl was wiped out by the Hitler movement in 1942.“When you met with him, you felt that he was a representative of a lost world,” said Joffe.The vanished world that Brenner embodied can be perhaps best found in the works of the Nobel Prize winning Yiddish writer Isaac Bashevis Singer or in the tragic-comedy film Train of Life about an Eastern European Jewish village confronted with the loss of its existence in World War II.Brenner’s family managed to flee to the Soviet Union in 1939, and a year later were deported to Siberia for the remainder of the war. His family traveled to Bavaria after Nazi Germany was defeated, residing in a displaced person’s camp.The young Sascha, starved for knowledge, earned a PhD in chemistry from the Technical University of Berlin. His desire to absorb as much information as possible, especially about Zionism, the Holocaust and contemporary anti-Semitism, stayed with him his entire life. “His knowledge about Judaism, Yiddish was phenomenal,” said Joffe, adding that Sascha researched the pre-Theodor Herzl Zionist thinkers in Poland.Sascha was a subscriber to the international edition of The Jerusalem Post. In conversations with this reporter, he would bring copies of the paper to lunch meetings, praising the lively journalism of Caroline Glick, Sarah Honig and Liat Collins for their staunchly Zionist columns.His nephew, Dr. Arie Sachish of Herzliya, who delivered a eulogy in Hebrew to the more than 100 funeral attendees, also mentioned Brenner’s fondness of the Post to this reporter.While Sascha welcomed the up-ticks in German Jewish life and was intensely devoted to building the Jewish community, he told The Jerusalem Report in 2011, “There is no more German or Polish Jewry and nor will there be.” He complained about a phony “renaissance” of German Jewish life. “The exaggerated presence of the Jewish community is used as political capital by successive German governments regardless of political affiliation... they use it as a form of self-justification,” Brenner told the Report.Brenner didn’t like to mince words. He liked to get down to brass tacks, or to capture his Yiddish socialization, “Let’s talk tachlis!” Nevertheless, he engaged those with whom he disagreed with respectful opposition.Sascha criticized anti-Semitism in the mainstream German parties. Disgusted with the Social Democrats for their growing anti-Israel positions, he showed this reporter a 2012 invitation for a “Breaking the Silence” exhibit at the Social Democratic party headquarters.Breaking the Silence is an Israeli NGO, which receives funds from European governments and uses anonymous reports to charge Israeli soldiers with crimes. Brenner also lampooned Kerstin Müller, a former Green Party MP and current head of Party’s Heinrich Böll foundation in Tel Aviv, for her anti-Israel activities.He told the Spiegel magazine in 2002: “Israel is the only democracy, the only state governed by rule of law in the Middle East, with all of is positive and negative sides. Where is there a comparable country in the Arab nations?” In 2013, Sascha, who had a seat in the directorate of the Central Council for Jews in Germany until his death, sharply criticized Salomon Korn, then-vice president of Council, for whitewashing Spiegel journalist Jakob Augstein’s attacks on Israel and Jews. Korn’s behavior made him want “to throw up,” since Augstein is, “without question an anti-Semite,” Brenner told the Post.The Central Council issued two disciplinary warnings to Brenner during a heated meeting in 2013. Brenner accused the Council’s leadership of failing to strongly confront Augstein about his hatred of Jews and Israel.Josef Schuster, the new head of Germany’s Central Council, told the main German Jewish paper Jüdische Allgemeine Zeitung that Brenner “engaged himself in an outstanding way for the Jewish community and we have all profited from his rich experience from his activities abroad.” Sascha termed the Jüdische Allgemeine Zeitung “a local rag” in 2010 for its impotent coverage and editorials.Sascha’s sharpest criticism tended to focus on hardcore anti-Zionist German Jews, some of whom traffic in anti-Semitism, and garner disproportionate attention in Germany’s media. He told this reporter they are acting as a “voluntary Kapo” and seek, within the anti-Israel context, to be more “Catholic than the Pope.”Their hatred of the Jewish state is an “illness” and is fueled by a wish to be “accepted in society” in Germany, he told Spiegel. He wrote a detailed essay on the topic.He also showed enormous levity with his witty telling of Jewish jokes.Israel’s embassy praised “Dr. Brenner’s engagement for the Jewish community in Germany and the Jewish state.” Sascha remained a father-like figure to many Jews, including Joffe and the publisher of the Jüdische Rundschau paper, Dr. Rafael Korenzecher.Rabbi Yitshak Ehrenberg, who was born in Jerusalem, said at the funeral, Sascha was “courageous and proud to be a Jew. His character comes from his modesty. Sascha is not dead. He can’t die. He is immortal.”