Berlin moves on despite terror threat

On the M1 tram from Prenzlauer Berg to the happening Mitte district, Alexander Ehrle, an attorney, was hesitant to point the finger at Islamist terrorism. 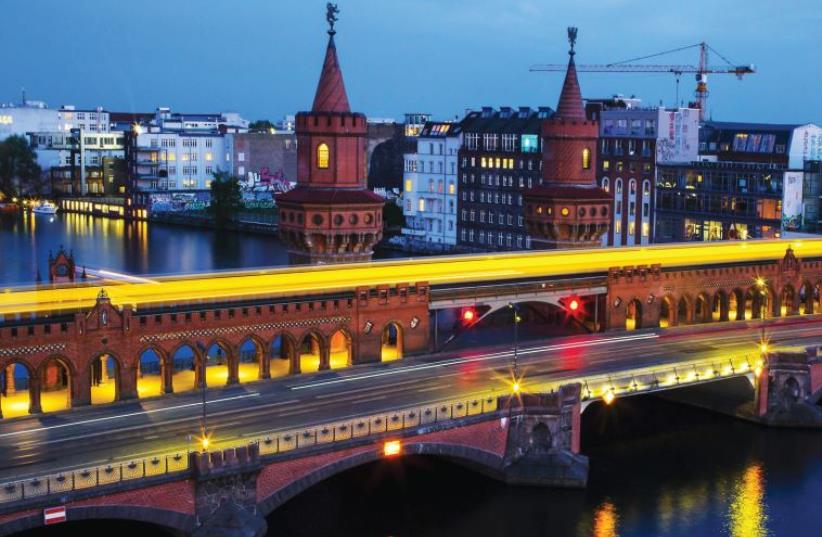 A SCENE from Berlin, with the Oberbaum Bridge in the foreground
(photo credit: REUTERS)
Advertisement
BERLIN – It’s a beautiful, sunny day in Berlin, and the popular beer garden, Prater Garten, in the heart of the yuppy Prenzlauer Berg district, just opened.Robert (last name withheld upon request), an employee for a transportation company, is having an afternoon beer with two friends.The four terrorist attacks that rocked Germany this past week – the ax attack in Wurzburg by a teenage Afghan refugee; the Munich shopping mall shootout by an Iranian-German; and a machete attack near Stuttgart and a suicide bombing in Ausbach, both by Syrian refugees – don’t really phase this German native.“I don’t really feel scared, and it’s not a surprise, really,” said Robert, a Berliner of 13 years. “We were just waiting for it, actually. Because it was in France, it was in Belgium – it was just a matter of time until it happened here.”But, he added, the young man in Munich was obviously mentally ill and planned it for a year,” he said.What shocked him more was the back-to-back frequency. He is still supportive of Chancellor Angela Merkel’s immigration policy, which welcomed one million migrants from Muslim countries last year, but he believes increased vetting of extremists may be necessary.“The majority need help and are friendly and are no danger for us. Idiots are everywhere – in Germany or some refugees,” he said. “I think the majority is okay when they come here.”On the M1 tram from Prenzlauer Berg to the happening Mitte district, Alexander Ehrle, an attorney, was hesitant to point the finger at Islamist terrorism.“To me, it’s not really terrorist attacks,” he said, noting loose connections of the attacks to ISIS. “What we see is a transformation from what we see as terrorist attacks to desperation of individuals.”He acknowledged, however, that cosmopolitan, central Berlin was generally supportive, and continues to be supportive, of an open immigration policy.“If you go somewhere like rural Saxony, people would have different views and perceptions.”And what about at a chumus joint? At the Israeli-owned Sababa eatery at the café-line Kastanienallee, Bernhard Kohl, an unassuming Catholic priest and academic, and Luca Von Bergdandy, a law student, shared Ehrle’s view. “It’s a bit complicated,” Bernhard said, taking a break from his chumus.“In Wurzberg he was mentally ill somehow, so what happened on the train, you don’t know. In Munich, the same.”“I would say maybe it’s more about migration and integration of people, and that’s what I hope that should happen,” Kohl said, expressing concern about the rise of the Right in Germany. “Just bringing them is not enough. You need a plan on how they could integrate.”