Former president of the Philippines Manuel Quezon saved 1,300 Jews during the Holocaust. B’nai Brith and the Philippines Cultural Center in Tel Aviv will honor him at different events. 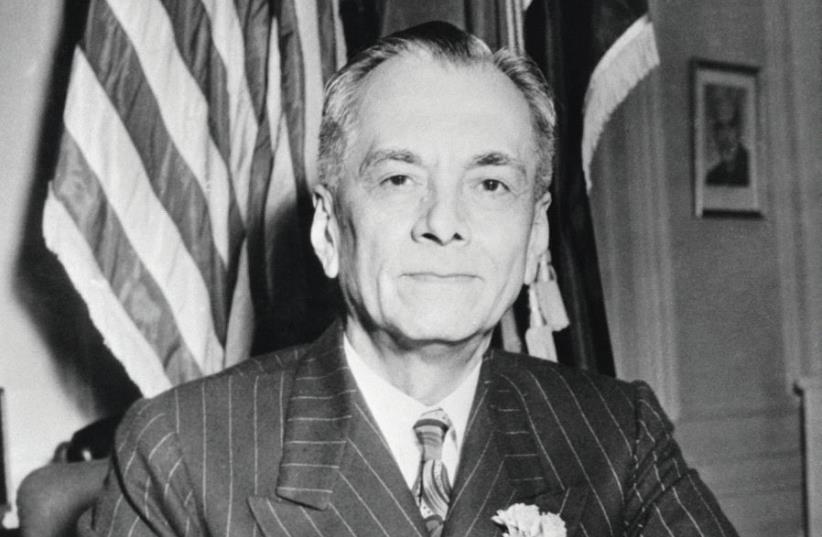 Amid the escalating persecution of European Jews, Philippine Commonwealth president Manuel Quezon announced that any Jew fleeing his country would be permitted to stay
(photo credit: Wikimedia Commons)
Advertisement
Former Philippine president Manuel Quezon, and his efforts to save German Jews, are the focus of B’nai Brith’s events to mark International Holocaust Remembrance Day this year, with events held in tandem at the Balai Quezon Philippines Cultural Center in Tel Aviv, and at the UN on Monday.Among the expected attendees at the event are Max Weissler and Margot Pins Kestenbaum, the “Manilaners” still living in Israel, two of nearly 1,300 Jews saved thanks to Quezon’s efforts together with the Jewish community of the Philippines.Alan Schneider, director of the B’nai Brith World Center in Jerusalem, characterized Quezon’s rescue effort as unique in the world at that time.“Jews were not welcome in many countries, like the famous case of the St. Louis,” a ship of Jewish refugees turned away from the US. “This was a unique effort by a leader of a country.”This little-known story began in 1937 when war broke out between China and Japan, and Paul V. McNutt, American high commissioner of the Philippines, which was a US protectorate at the time, waived visa requirements for 28 Jewish families. Manila’s small Jewish community helped take care of the refugees who had reached Shanghai from Germany.Soon after, an effort to continue to save Jews began in Manila.After Kristallnacht in November 1938, there was “a sense of outrage,” and more than a thousand people demonstrated against the Nazis, current Philippines Ambassador to Israel Neal Imperial said.“Quezon together with Jewish businessmen in Manila decided to do something about it. Together with the US government at the time, they planned a new way of bringing Jewish refugees from Europe,” Imperial said.Those Jewish businessmen were brothers Alex, Phillip, Herbert and Morris Frieder, who manufactured cigars in Manila. They, McNutt, Quezon and a young Dwight D. Eisenhower, who was an aide to Gen. Douglas MacArthur at the time and not involved in the efforts to save Jewish refugees, regularly played poker together.The Frieders had heard of the horrors of the Nazis from the German-Jewish refugees. McNutt and Quezon expressed disgust for the Nazi ideology. Together, they devised a plan to save as many Jews as possible by looking for people who had professional experience needed in the Philippines, among them doctors, dentists, chemical engineers, agricultural experts, cigar and tobacco experts, dressmakers and one rabbi who had to be able to speak English.Quezon and McNutt sought to allow in as many as 70,000 Jewish refugees, but were stymied by the Japanese invasion of the Philippines.“The Philippines Jewish community helped get [the refugees] jobs,” Imperial said. “Quezon donated a portion of his property to create a shelter for them, which was called Marikina Hall. It was a privately-owned estate of the president, and he donated a portion to create a shelter for Jewish refugees near Manila.”After World War II, most of the refugees ended up in the US, the ambassador said.Last year, the Philippines Embassy opened Balai Quezon, or the Quezon Center, a Philippines cultural center that also serves as a museum about Quezon’s efforts to save German and Austrian Jews.“One of the reasons we established the Quezon Center is that we want more people to be aware of what the Philippines did in the 1930s,” Imperial said. The center features memorabilia, film and research materials on the story of Quezon’s “open-door policy” for Jewish refugees.The center also supervises a Filipino language and cultural program, as Quezon is considered the father of the Filipino national language.As for Monday’s event, Imperial said, “We thought it would be fitting to hold an event on International Holocaust Remembrance Day to show our solidarity with the Jewish people, to convey that the Philippines would also like to honor and remember those who perished and suffered during the Holocaust and make sure that what happened then will never happen again.”Schneider said his organization chooses a different country to work with each year for International Holocaust Remembrance Day.B’nai Brith was one of the initiators of International Holocaust Remembrance Day in the UN and has been a UN-recognized NGO since 1947, he said.The event in Israel will feature a panel discussion with Imperial and Prof. Robert Rockaway of Tel Aviv University, as well as screenings of excerpts from the documentary The Last Manilaners and the feature film Quezon’s Game.