Sergio Zveiter, the only Jewish representative in Brazil's congress, was accused by a colleague of acting like Hitler and Mussolini in raising questions about corruption. 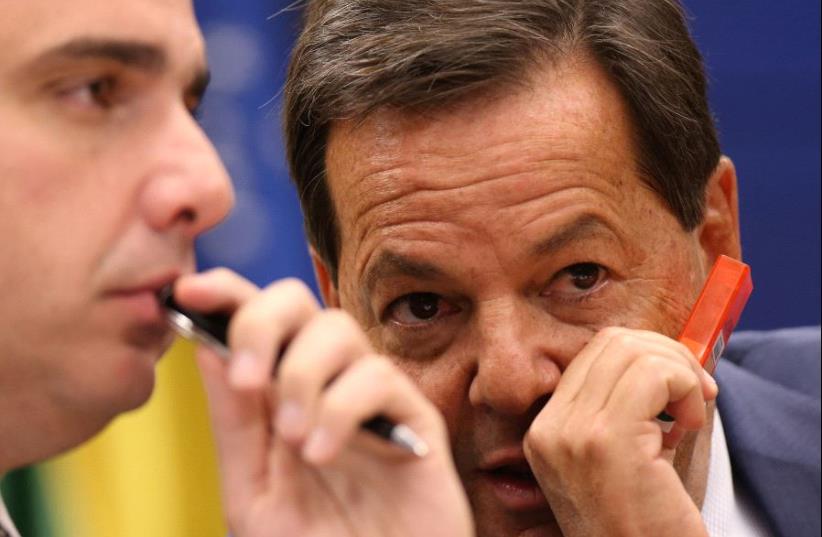 Brazilian congressman Sergio Zveiter
(photo credit: ADRIANO MACHADO/ REUTERS)
Advertisement
A Brazilian Jewish congressman was accused by one of his party’s colleagues of Nazi behavior for recommending criminal charges against Brazil’s president.“I will never bow to anyone when the offense pleaded against me is a racist atrocity alluding to my religion, though concealed by a play on words. I am the only Jew in office, which makes the defamation even more abusive,” Congressman Sergio Zveiter said Thursday.Zveiter, who is currently Brazil’s only Jewish congressman, is the author of the charge submitted to the Brazilian Congress denouncing President Michel Temer for passive corruption. If the plenary accepts the recommendation, Temer will be judged by the country’s Supreme Court.“We are going to tear up our criminal code. This is an apology for Nazism and fascism. Mussolini was evil. Hitler was evil with this policy. The congressman’s behavior was sad,” Congressman Darcisio Perondi said of the Jewish lawmaker in defense of President Temer.Sergio Zveiter belongs to a family of prestigious lawmakers. His father, Waldemar Zveiter, is a former president of Brazil’s Superior Court of Justice. His brother, Luis Zveiter, has presided over Rio’s Court of Justice.“Being accused of Nazism taints the honor of anyone, but especially when the victim is a member of the community that had 6 million of its members exterminated by the repugnant Nazi regime. That’s religious prejudice, the only reason to address a Jew using the references of what most nefarious and painful struck our people in the history of mankind, the Holocaust,” he said.Several Jewish officials supported Zveiter’s reaction, led by the Brazilian Israelite Confederation, the country’s umbrella Jewish organization. “It is regrettable that, in the context of the political debate, this type of analogy is used improperly and precisely to reach a member of our community. We lament and reject any comparison of the current political situation in Brazil with the Nazi regime,” said the confederation’s president Fernando Lottenberg.Rio Jewish Federation President Herry Rosenberg agreed. “The constant comparison of political opponents with Nazis and fascists must be repudiated throughout society. Zveiter is a Brazilian of the highest moral and ethical stature and a distinguished member of our community,” he said.“Sergio Zveiter’s reaction filled the Jewish community with pride. He belongs to a traditional family of lawmakers. His father Waldemar Zveiter was the author of a phrase that stood as his trademark: ‘I am Brazilian, Jewish and Zionist’,” Israel’s honorary consul Osias Wurman told JTA.After massive media coverage, Perondi released a note to the media: “If there was a misunderstanding, I apologize to the whole Jewish community, which I respect and where I have excellent relations.”