In September 2015, Peace TV Urdu aired two programs featuring the late Dr. Israr Ahmad, who stated that Jewish people were "like a cancer." 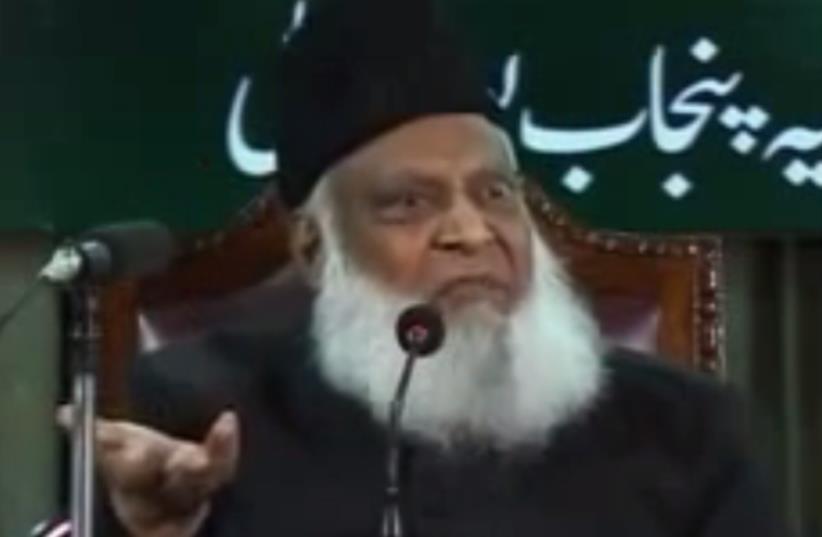 Dr. Israr Ahmad
(photo credit: YOUTUBE SCREENSHOT)
Advertisement
The British broadcasting authority on Monday warned an Islamic television channel to cease airing anti-Semitic programming or face sanctions, according to a report published by The Jewish Chronicle.The Office of Communications, better known as Ofcom, which is the government-approved regulatory authority for broadcasting in the UK, said that the Islamic-centric television channel Peace TV Urdu was in breach of its standards after it cited two recorded lectures aired on its telecast late last year.In September 2015, Peace TV Urdu aired two programs featuring the late Dr. Israr Ahmad, who stated that Jewish people were "like a cancer" and held a deep hostility towards the prophet Mohammed.“They do not take advantage of the opportunity to repent, which is why they are afflicted by great calamities," Ahmad said, adding, "and the example is what happened to them at the hands of the Germans.”He continued by stating that Jews consider gentiles as "animals with a human face.” In response, Ofcom released a statement saying that the lectures in effect “promote highly negative antisemitic stereotypes about and attitudes towards Jewish people.”The statement added: “In our view the terms used to describe Jewish people such as ‘like a cancer’, ‘evil genius,’ ‘their poison,’ ‘cursed people’, ‘cursed race’ were particularly strong and inflammatory.”In reply to Ofcom's findings, Club TV, which holds the licensing rights for Peace TV Urdu, told the government watchdog it “sincerely regretted” the choice of programming aired on its network and that it would not repeat them.