Brother of slain Morocco man thanks Jewish community for solidarity

Police arrest additional suspects in brutal murder of Jewish Casablanca couple, in crime which was allegedly motivated by greed. 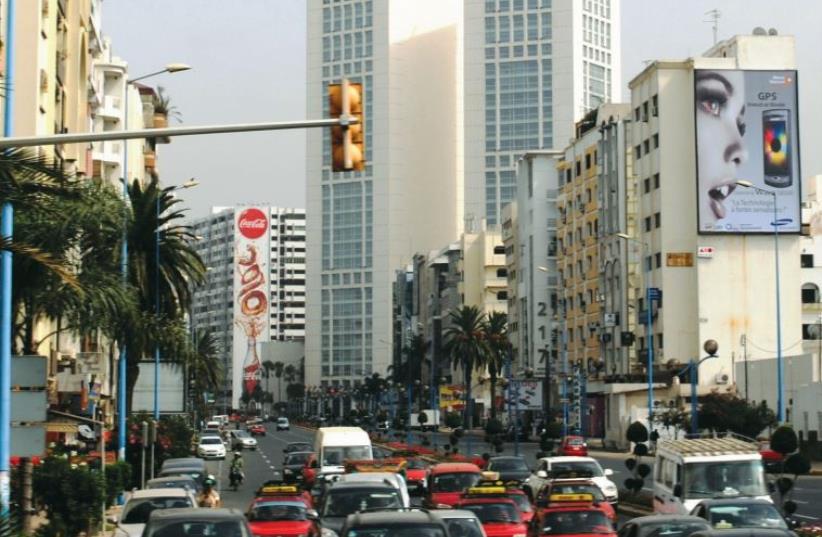 A view of downtown Casablanca.
(photo credit: Wikimedia Commons)
Advertisement
The brother of slain Casablanca resident Sam Toledano released a heartfelt message to Moroccan media, thanking the country’s Jewish community for its outpouring of support.Sam Toledano and his wife, Vicky Chetrit, were murdered and dismembered, allegedly by their gardener, on July 3. After killing the couple, the suspect allegedly scattered their body parts in different part of the metropolis.Police have said the motive for the crime was the theft of money and jewelry.Moroccan daily Le360 identified the suspect as Mustapha Rerhay. Reports have emerged that the suspect was addicted to gambling, and was in debt.In a letter sent to news outlet Le Site Info, Dr. Raphaël Toledano expressed his gratitude to the Jewish community for its “assistance and dedication in monitoring our drama throughout these days of waiting and anxiety and all those who have expressed their support.”“Thank for your messages of sympathy and compassion,” he continued, before turning to the Moroccan police, whom he commended for its discretion, speed and efficiency in its investigation.Police swiftly arrested the couple’s gardener, and several days later reportedly detained another three suspects.One is the wife of the prime suspect.According to the latter’s confession to police, his wife was aware of his crime, saw the stolen jewels and helped him hide some of the stolen goods, local media reported. A jeweler was also reportedly arrested, suspected of acting as an accomplice to the gardener.The victim’s brother lives in France, and said he intends to bury his relatives there, in order to visit them frequently.“Thank you to all who have expressed sympathy, support and solidarity throughout this terrible ordeal,” he added. “We aim to complete our mourning period in privacy and contemplation.”The president of the Jewish community in Morocco, Serge Berdugo, described the murder as a “national tragedy.” He told the Jerusalem Post that all the Moroccan people were “shocked by this human tragedy which belongs to remote times.” He noted that community leaders received hundreds of messages of condolences, not only from fellow Jews, but also from Moroccan Muslims.