Can Scottish synagogue be saved by anarchist, Queer Jews?

The Irn-Ju group in Scotland would like to revive Jewish life in the Langside Synagogue, but will they be able to? 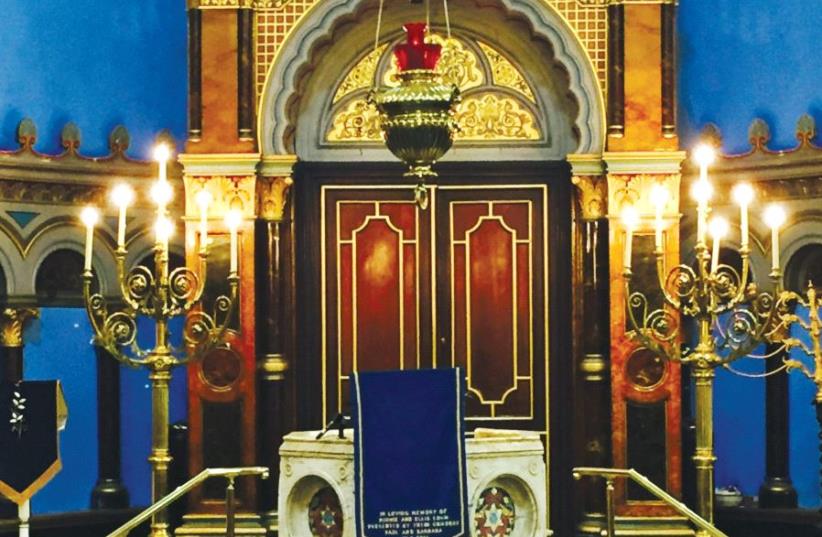 Garnethill synagogue, Glasgow’s first permanent synagogue, where the Scottish Jewish Archives Center is based
(photo credit: MAAYAN JAFFE-HOFFMAN)
Advertisement
A group of Jewish activists in Scotland who refer to themselves as “Diasporist Anarchist Jews,” or Irn-Ju, released an open letter to the owners of the Langside Synagogue in Glasgow asking to be allowed to use the space for Jewish spiritual and communal purposes, the BBC reported.
In the letter, the organization claims that Glasgow currently has only two synagogues and that the Langside Synagogue is one of the few examples in the UK of a traditional Eastern European Jewish house of prayer. The synagogue was built in 1927, but the Ashkenazi community that used to pray there had long since moved away.
Irn-Ju members argue against possible gentrification of the site, meaning the tearing down of the building and the erection of an apartment building, for example. Located in Govanhill, a dense and poorer section of the cultural hub port city of Glasgow, they argue that the Jewish house of worship has historical significance and should be protected. The owners declined to answer the public letter or the BBC when it attempted to contact them.

"I am not Jewish, but this is a fight that we can all get behind. Every community deserves somewhere they can meet and thrive without fear of persecution or trouble. Letting the community run this building is the natural thing to do!"
— IRN-JU (@irnju) December 20, 2019

The Irn-Ju Jewish community is a diverse one, with many members being queer,\; the flexibility of the community means that members feel comfortable to be who they are when they also celebrate Jewish holidays or observe Shabbat. About 50 people attended its Yom Kippur ball in October, the BBC reported.