Trudeau insisted on visiting the notorious death camp where more than a million Jews were systematically murdered by the Nazis during the Second World War. 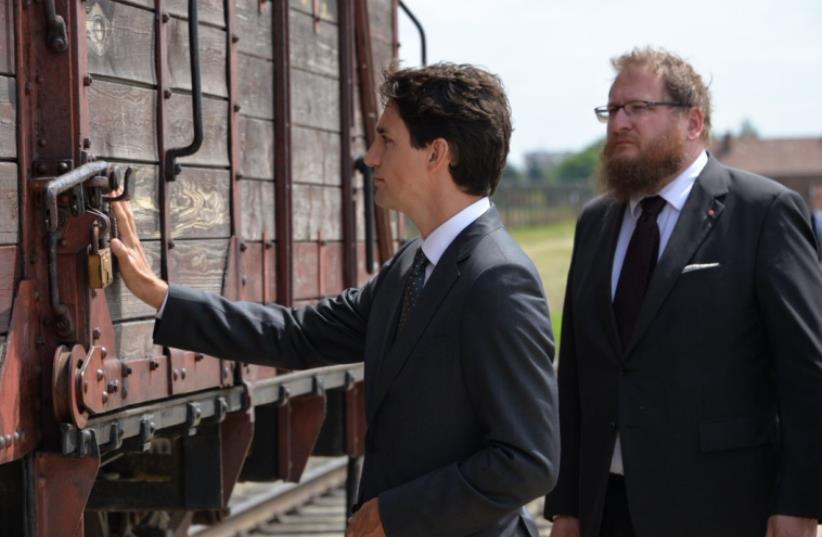 (Canadian PM Justin Trudeau visits Auschwitz  accompanied by Holocaust survivor Nate Leipciger)Leipciger, who was born in Poland in 1928, immigrated to Toronto with his father after their liberation from Auschwitz in 1945 where he attended high school and eventually earned a university degree in engineering.In 1982, Leipciger became head of the Toronto Holocaust Remembrance Committee and later an executive member of the Canadian Jewish Congress National Holocaust Remembrance Committee, according to the Azriel Foundation website.
(Canadian PM Justin Trudeau visits Auschwitz)Following the conclusion of the NATO meeting, Trudeau insisted on visiting the infamous grounds where more than a million Jews were systematically murdered by the Nazis during Second World War, Canadian broadcaster CBC reported. Trudeau's visit marks eight years since Canada's last Prime Minister toured Auschwitz, with Stephen Harper coming in 2008, according to Canadian daily The Toronto Star.