Local firefighters said multiple vehicles in the parking lot at the Chabad Jewish Center of Las Vegas and Southern Nevada were torched late on Monday night. 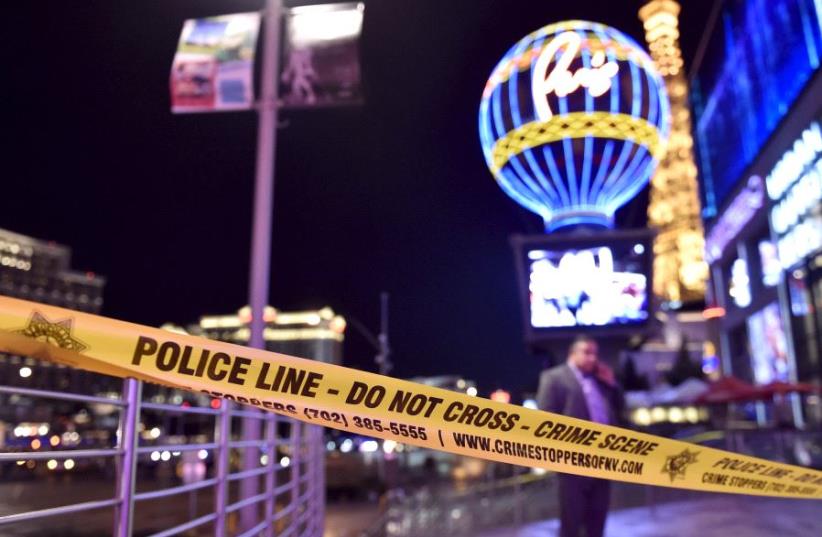 Police tape in Las Vegas [Illustrative]
(photo credit: REUTERS)
Advertisement
Authorities in Las Vegas were investigating a potential hate crime in the case of an arson incident outside a Jewish center in the Nevada city, according to local reports Tuesday.Local firefighters said multiple vehicles in the parking lot at the Chabad Jewish Center of Las Vegas and Southern Nevada were torched late on Monday night. Three cars were damaged in the incident, and at least one was severely damaged.


A Fox News affiliate in Las Vegas reported that police have arrested one suspect and were scouring security footage for more information on the perpetrators.


In addition, a garbage can was also found in flames inside the Orthodox Jewish community center prior to the vehicular blaze. It was not immediately clear if the two incidents were linked.

Rabbi Levi Harlig says the suspect walked straight into the men's restroom and set this garbage can on fire. @News3LV pic.twitter.com/xpcVtAd1CU
— Faith (@FaithNews3LV) May 9, 2017


"Unfortunately, throughout the thousands of years of Jewish history, we’ve been targets of multiple attacks, after attack after attack," NBC's News 3 Las Vegas cited Rabbi Levi Harlig as saying. "God is with us and he protects us and the Jewish nation thrives. The Jewish nation is alive and we’re getting better and were getting stronger."No injuries or damage to the Chabad center were reported.