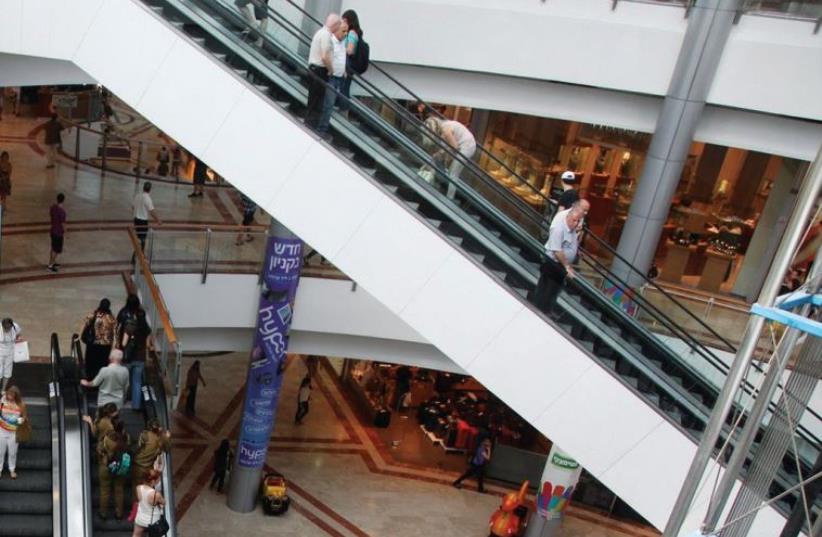 The White City’s Azrieli Mall
(photo credit: MARC ISRAEL SELLEM/THE JERUSALEM POST)
Advertisement
An Israeli man who owns kiosks in shopping malls in seven states was sentenced to 6 1/2 years in jail for illegally employing Israeli nationals to sell Dead Sea beauty products.Omer Gur was sentenced Thursday morning in US District Court in Norfolk, Virginia, the Virginia Pilot-Ledger reported.Gur, 36, pleaded guilty on July 6 to conspiracy to defraud the United States and conspiracy to launder money.The kiosks located in Virginia, North Carolina, Maryland, Georgia, Pennsylvania, New Jersey and Missouri operated under names including Premier Skincare, Orogold and Seacret Spa.Gur’s businesses also were part of a larger venture called Rasko, which reportedly recruited Israelis to work in the US kiosks, helping the Israeli nationals obtain travel visas, or B-2 visitor visas, in order to enter the country.Gur’s US operations started in about 2005. Beginning in 2011, Gur and his associates began hiring Israeli nationals on tourist visas in violation of US immigration law. He employed about 340 during those six years, including more than 250 who were in the country on tourist visas, and brought in $14 million, according to the Pilot Ledger.The young Israeli salespeople are known to be aggressive in their sales pitch. They generally use their commissions and earnings to fund post-army treks or university studies.Gur, a former member of the Israeli Navy’s Shayetet 13 commando unit, also was ordered to pay a $25,000 fine and forfeit several properties he owned in North Carolina, a 2011 Audi Q5 SUV and $300,000 in cash, according to the newspaper. He will be deported when released from prison.Gur most recently resided in North Carolina, in a house valued at $1.3 million. Prosecutors claim he entered into a sham marriage with a US citizen in 2005 to become a legal permanent resident of the country.