Pederson, 27, and pitcher Ross Stripling are headed to the American League club in exchange for second-year infielder Luis Rengifo and other players to be named. 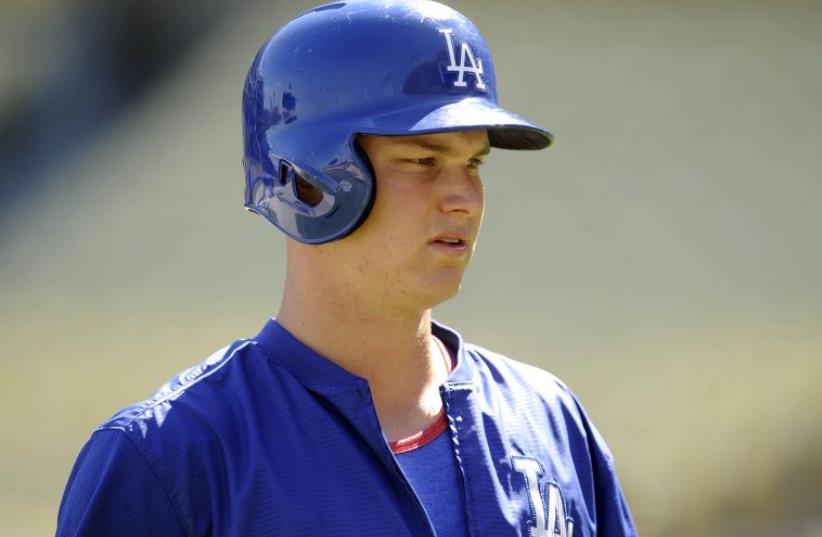 October 8, 2015; Los Angeles, CA, USA; Los Angeles Dodgers center fielder Joc Pederson (31) during workouts before game one of the NLDS at Dodger Stadium
(photo credit: REUTERS)
Advertisement
Joc Pederson apparently won’t be part of what the Los Angeles Dodgers hope will be a championship roster after losing in two of the last three World Series.
Reports say the slugging Jewish outfielder, who became expendable after the Dodgers acquired one-time MVP Mookie Betts from the Boston Red Sox, has been traded to the Los Angeles Angels.
Pederson, 27, and pitcher Ross Stripling are headed to the American League club in exchange for second-year infielder Luis Rengifo and other players to be named.
Pederson, a lefty swinger, had career bests last year with 36 home runs, 74 runs batted in and a .249 batting average. He has played five full seasons in the major leagues, all with the Dodgers, who have won the National League West title for seven consecutive seasons.
But the club has not captured a World Series since 1988, losing in 2017 to the Houston Astros and 2018 to the Betts-led Red Sox. Both winners later were found to be stealing signs.
In the ’17 Series, Pederson broke the record for most home runs in a World Series by a Jewish player with 3, one more than Hall of Famer Hank Greenberg. Alex Bregman of the Astros tied the mark in 2019.
With the Angels, Pederson joins a power-laden lineup that includes three-time MVP Mike Trout, Shohei Ohtani, Albert Pujols, and free agent acquisition Anthony Rendon, formerly of the world champion Washington Nationals.