"The good news is that the Swedish Academy and Bob Dylan have decided to meet this weekend," Sara Danius said in a blog post. 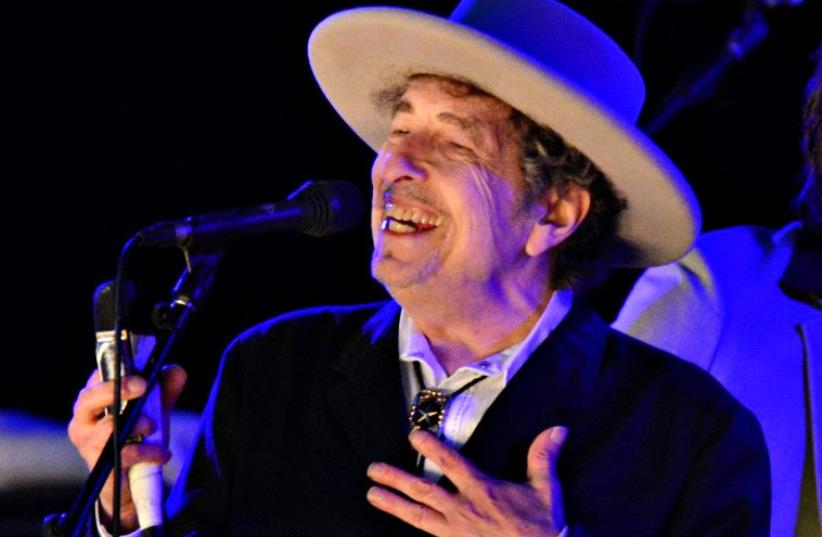 US musician Bob Dylan performs during on day 2 of The Hop Festival in Paddock Wood, Kent on June 30th 2012.
(photo credit: REUTERS)
Advertisement
STOCKHOLM - Music legend Bob Dylan will receive his Nobel Prize diploma and medal in Stockholm in the next few days where is he due to give a concert this weekend, the secretary of the Nobel Academy said in a blog on Wednesday."The good news is that the Swedish Academy and Bob Dylan have decided to meet this weekend," Sara Danius said in a blog post."The Academy will then hand over Dylan’s Nobel diploma and the Nobel medal, and congratulate him on the Nobel Prize in Literature."
Bob Dylan wins Nobel prize in literature
Dylan’s prize was announced on Oct. 13 “for having created new poetic expressions within the great American song tradition.” The academy said later that after five days of trying to contact Dylan to inform him of the award, it had given up. He acknowledged the prize two weeks later.Born Robert Allen Zimmerman and raised Jewish in Minnesota, Dylan wrote some of the most influential and well-known songs of the 1960s. His hits include “Blowin’ in the Wind,” “Like a Rolling Stone” and “Times They Are a-Changin’.”Dylan, 75, is the first artist seen primarily as a songwriter to win the literature award, a fact that has stirred debate in literary circles.JTA contributed to this report.