Current Egyptian Minister of Culture: "There is nothing called ‘Jewish books in Egypt,’ the books scientifically should be classified as Arabic, Persian, Turkish, etc.” 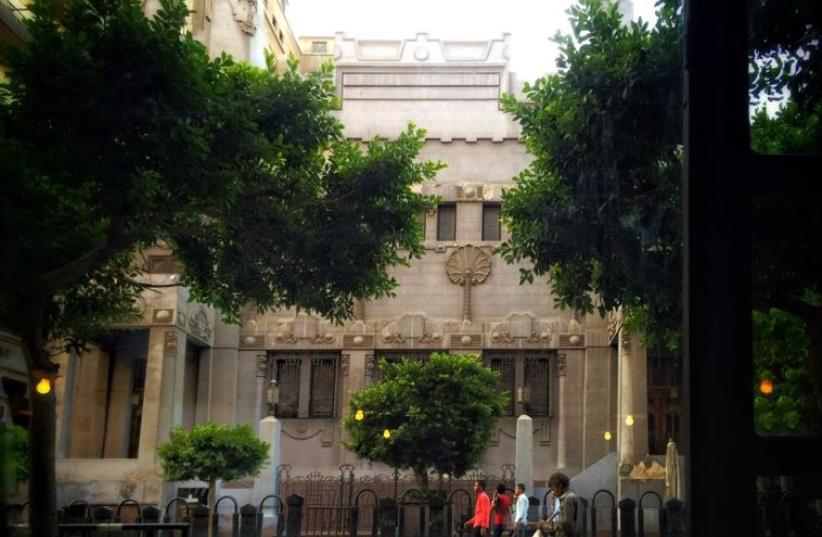 Sha'ar Hashamayim Synagogue, Cairo
(photo credit: FACEBOOK)
Advertisement
Hundreds of Jewish books stored in Cairo’s Sha’ar Hashamayim Synagogue, some dating back to the 17th century, are not being properly cared for, Egyptian media reported Monday.“The books are very important and rare. Some books are handwritten while others were donated by dignitaries,” Mohamed Hosni, a Hebrew language professor at Ain Shams University, told The Cairo Post.“There are some books [so fragile they] cannot be touched lest they deteriorate.”The Jewish Heritage Library in Egypt was established in the Cairo Synagogue in 1988, during former president Hosni Mubarak’s tenure, noted the report.Zvi Mazel, Israel’s sixth ambassador to Egypt and now a fellow at the Jerusalem Center for Public Affairs and contributor to this newspaper, told The Jerusalem Post that the presence of Jews in Egypt came to almost a total end under president Gamal Abdel Nasser, who expelled or forced them to leave in the 1950s with passports stamped in French “sans retour [without return].”Around 80,000 Jews were in Egypt before they left in the 1950s and according to the report, less than 20 remain today.They left behind their property and immense cultural heritage, including Torah scrolls and a huge amount of books and manuscripts, explained Mazel.The artifacts “belong to the Jews. Israel has asked the authorities many times to allow for their transfer to synagogues in Israel, or at least the Torah scrolls, which are rotting there,” said the former ambassador.But these requests were rebuffed, he said, asking “why?” “There is no logic in that rebuff but this is still the situation and it’s very sad.”The head of the dwindling Jewish community, Magda Haroun, told the Beirut-based website Now Lebanon this month that her greatest concern is the heritage, including Torah scrolls and records, as well as 12 synagogues in Egypt, with 10 falling under the authority of the Antiquities Ministry.“During holidays, we get together, cook and invite friends over. I am 63 years old and I am the youngest. We are seven old women, who are not very demanding, but we do not want to lose our heritage,” Haroun said. She also mentioned that the Antiquities Ministry does not have funds to take care of this heritage.Haroun complained that international Jewish organizations have offered help, but most of them want to take the antiquities out of the country.“These scrolls are Egyptian heritage and should stay in Egypt, as part of its diverse history. There is no way I am going to let them out of my country.”Last week, Mohamed Abdel-Latif, the ministry’s head of Islamic, Coptic and Jewish Antiquities Section, told The Cairo Post, “The body authorized to be responsible for Jewish books and manuscripts is the Culture Ministry.”He put the total number of synagogues at 19.