Here are 5 Jewish stars and shows we hope will take home a statuette in September. 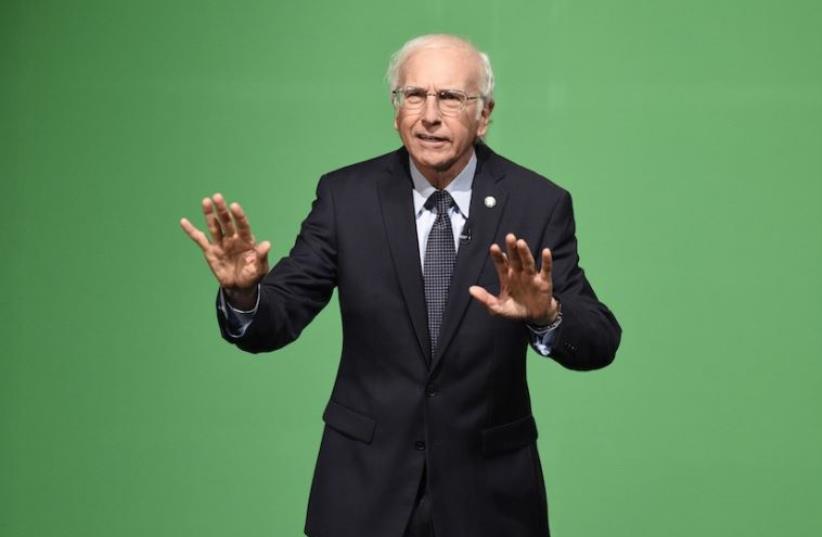 Larry David as Senator Bernie Sanders during a “Saturday Night Live” sketch, March 12, 2016.
(photo credit: DANA EDELSON/NBC/NBCU PHOTO BANK VIA GETTY IMAGES))
Advertisement
It looks like presenters will be announcing some Jewish names at the the 2016 Emmy Awards, which will be held on Sunday, September 18.On Thursday, July 14, the nominees were announced — and, perhaps not surprisingly, a host of A-list Jewish names and Jewy shows were on the list.Among them are Liev Schreiber for his lead role in “Ray Donovan,” along with several nods for “Transparent,” including one for Judith Light (Outstanding Supporting Actress in a Comedy Series) and one for Jeffrey Tambor (Outstanding Lead Actor in a Comedy Series).Still, of the myriad Jews on the nominees’ list, there are a few that are especially dear to our wearied Jewish journalist hearts. Here are 5 Jewish stars and shows we hope will take home a statuette in September.Larry DavidLarry David’s spot-on impression of Bernie Sanders on “Saturday Night Live” might have been the best moment of the presidential campaign. Bernie may have taken his final bow — he endorsed Hillary Clinton earlier this week — but fortunately David’s still in the race for Outstanding Guest Actor in a Comedy Series.David SchwimmerWho could have imagined Dr. Ross Geller from friends would morph into a convincingly fierce litigator who paved O.J.’s way to freedom, one glove at a time? (Also: Who would have guessed that the late attorney Robert Kardashian would emerge as the least-famous member of his clan?) Schwimmer’s competing with other cast mates from “The People v. O.J. Simpson: American Crime Story” for Outstanding Supporting Actor in a Limited Series or Movie, but we’re rooting for Ross. Amy Schumer Schumer’s streak continues — this year, she’s up for four awards, in both acting and writing, the most of any actor this year. These include Outstanding Guest Actress in a Comedy Series for “Saturday Night Live” and Outstanding Writing for a Variety Series for “Inside Amy Schumer.” She’s also nominated for Lead Actress in a Comedy Series but faces serious competition from the likes of Tracee Ellis Ross (whose dad is Jewish) and Julia Louis-Dreyfus. “Crazy Ex-Girlfriend”We’ve already called this musical CW series “the Jewish TV show you should be watching,” and now “Crazy Ex-Girlfriend” garnered four Emmy nominations. Multi-talented star and creator Rachel Bloom — who won a Golden Globe for Best Actress in a TV series earlier this year — nabbed two of the nominations, for Outstanding Original Main Title Theme Music and Outstanding Original Music and Lyrics (for the musical number “Settle For Me” — even if we think the hilarious “JAP Battle Rap” is far superior). “What Happened, Miss Simone?”“Anytime would be the right time to tell Nina Simone’s story,” Liz Garbus, director of this compelling documentary — comprised almost entirely of previously unseen archival video and audio of the singer and activist — told JTA previously. “However, as it turned out, there has been a rebirth of awareness and dialogue about racial injustice in our country.” That was true last summer, when the film premiered on Netflix — and that’s only more so today. The documentary received six nods, including “Outstanding Documentary or Nonfiction Special” and “Outstanding Directing for a Nonfiction Program” for Garbus, who said her “tradition of Judaism and humanism are intertwined.” The 68th Emmy Awards will be presented on ABC on Sunday, September 18 at 7 p.m., Eastern Standard Time.