Schilling also posted the photo to Facebook, along with a link to a video about the end of days. 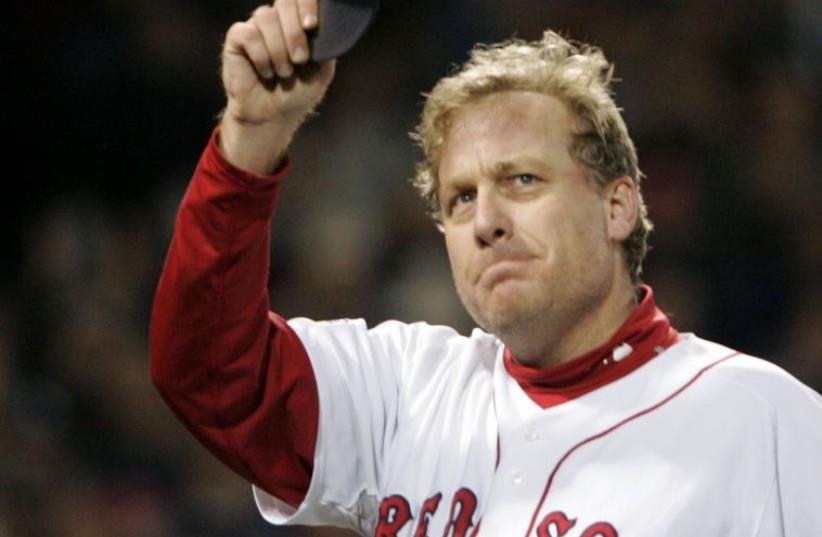 Former Red Sox's pitcher Curt Schiling
(photo credit: REUTERS)
Advertisement
Former All-Star pitcher and current ESPN baseball analyst Curt Schilling was suspended from the broadcast company Tuesday after posting a controversial tweet drawing a comparison between Muslims and Nazis, according to CNN."It's said only 5-10% of Muslims are extremists. In 1940, only 7% of Germans were Nazis. How'd that go?" the meme reads, with a superimposed image of Adolf Hitler giving the infamous Nazi salute. The former World Series MVP added along side the picture, "The math is staggering when you get to true #'s." Schilling also posted the photo to Facebook, along with a link to a video about the end of days, CNN added.  After a wave of harsh criticism centered on Schilling's tweet began to swell, the former pitcher apologized for the posting, saying it was a "dumb decision."Shortly after, ESPN decided to suspend Schilling from his scheduled duty announcing the Little League World Series, saying in a statement that "Curt’s tweet was completely unacceptable, and in no way represents our company’s perspective,” adding " We made that point very strongly to Curt and have removed him from his current Little League assignment pending further consideration.”In response to the news, Schilling tweeted "I understand and accept my suspension. 100% my fault. Bad choices have bad consequences and this was a bad decision in every way on my part."