Brooklyn businessman Jeremy Reichberg, who was arrested Monday, allegedly hired Grecko as part of a larger pattern of showering gifts on police officers in exchange for special treatment. 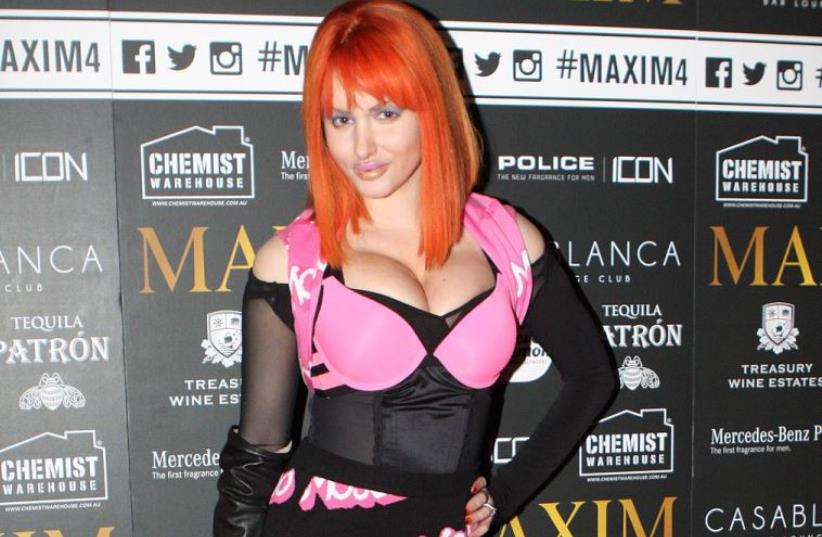 Gabi Grecko
(photo credit: Wikimedia Commons)
Advertisement
NEW YORK — A prostitute allegedly hired by New York Jewish businessmen to entertain several New York police officers as part of an alleged bribery scheme said she performed multiple sex acts for them on a flight to Las Vegas and was treated so poorly she quit the profession.The alleged hire of Gabi Grecko for a 2013 private airplane flight was one of many incidents detailed in court papers filed Monday that are part of a wide-ranging federal corruption investigation in which several New York Police Department officers and three Orthodox Jewish businessmen have been arrested.Brooklyn businessman Jeremy Reichberg, who was arrested Monday, allegedly hired Grecko as part of a larger pattern of showering gifts on police officers in exchange for special treatment.In an interview with the New York Post published Friday, Grecko said she met Reichberg and his friend Jona Rechnitz, a Jewish businessman who pleaded guilty to various corruption charges and is believed to be cooperating with the investigation, at a Manhattan bachelor party.An attorney for Reichberg told the Post that Grecko’s allegations were “unfounded and false,” while Rechnitz’s attorney declined to comment.Grecko told the Post she performed oral sex on each man in the airplane cabin while the others looked on.“They all seemed really comfortable to take their pants off in front of each other and laugh about it,” she told the Post. “It’s like they’d done this before.”Grecko, who is cooperating in the federal investigation, said Reichberg “got serviced for part of the time, but he was mostly just egging it on and saying nasty comments, instructing me what to do sexually.”Grecko told the Post she initially expected the job to be limited to “sitting on people’s laps and drinking with them.”She described the men as “really creepy and very rude and offensive.”According to Grecko, the men hired additional prostitutes once they were in Las Vegas.She told the Post she was paid $1,500 for a weekend of work, though she had hoped to earn $5,000. She said she had not negotiated a price beforehand.She told the Post she decided to quit prostitution as a result of the weekend.“I just want people to know that because [of] the way I was treated, I stopped doing it,” she said. “It’s a dark thing that happened to me, but I don’t think it defines me.”