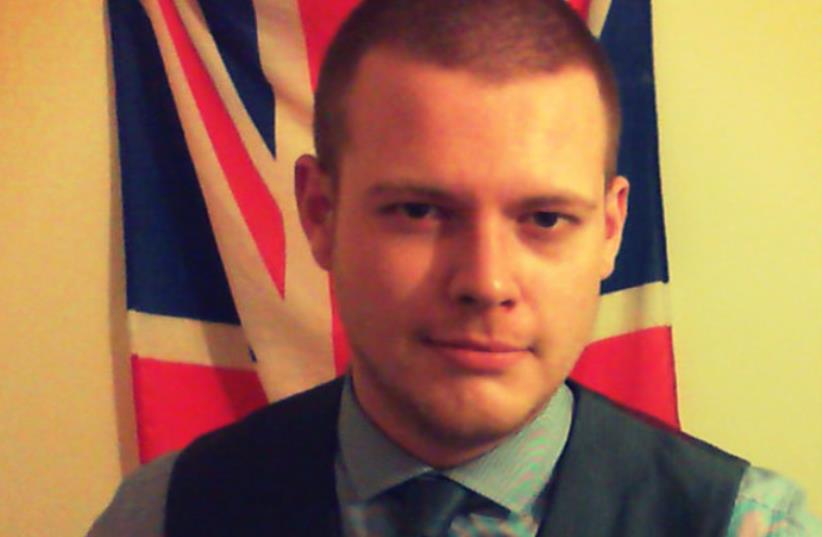 Joshua Bonehill-Paine
(photo credit: Wikimedia Commons)
Advertisement
Neo-nazis in the United Kingdom announced plans to burn the Talmud and shred Israeli flags at an upcoming early July march in London's Golders Green Jewish community, The Jewish Chronicle reported Tuesday.Joshua Bonehill-Paine, a white supremacist activist, urged followers to participate in a private ceremony at Golders Green that would burn the Talmud "in recognition of its racist anti-white teachings.” He said the planned demonstration for July 4th would then be followed by others in the London neighborhoods of Finchley and Stamford Hill.He said flags would be ripped, rather than burnt, at the protest, in order to avoid prosecution, and would mark solidarity "with those oppressed by the illegal state of Israel.”Representatives of the Jewish community have assured that they are not intimidated by the planned anti-Semitic demonstration.